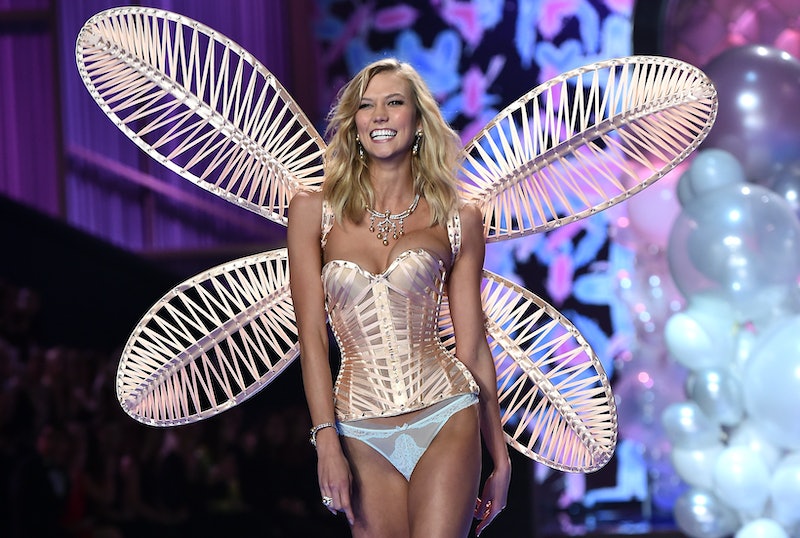 Last month, we reported that Karlie Kloss was leaving the Victoria's Secret runway. Until now, we we had only heard from sources why she was hanging up her wings. But now, Kloss is finally speaking out herself and confirming what we had already heard: Karlie Kloss is going to college because she believes that education is an investment in herself.

In a recent backstage interview with Elle.com at the Isabel Marant Fashion Week 2015 show, Kloss cleared up why world travel wasn't enough of an education, and why she believes in investing in herself.

"The more I travel, the more I realize I have so much to learn about the world. I'm such a nerd about science and math, did you know that? And history, culture, languages...Traveling so much has made me realize, I have to invest in myself. And that's what education is, I think: a great investment in me. And I need to find a balance between that and my career, so that's my project for fall," she told Elle.

I have to give her praise for being so incredibly talented, beautiful, and ambitious. Beauty and fame fade away, even for the greats in supermodel stardom, but a brilliant mind is forever, y'all. Kloss went on to name drop more women who have pursued work and education simultaneously, and explain how they inspired her to do the same.

“I think it’s possible to keep working while you go to school. Christy Turlington did it. Natalie Portman did it. Emma Watson just did it! And those are just women in the public eye, but plenty of others do it, too. You know, women around the world are great at multitasking. We do it well," she said.

Amen, sister. While we will miss you on the runway, we are ready to watch you rock higher education!