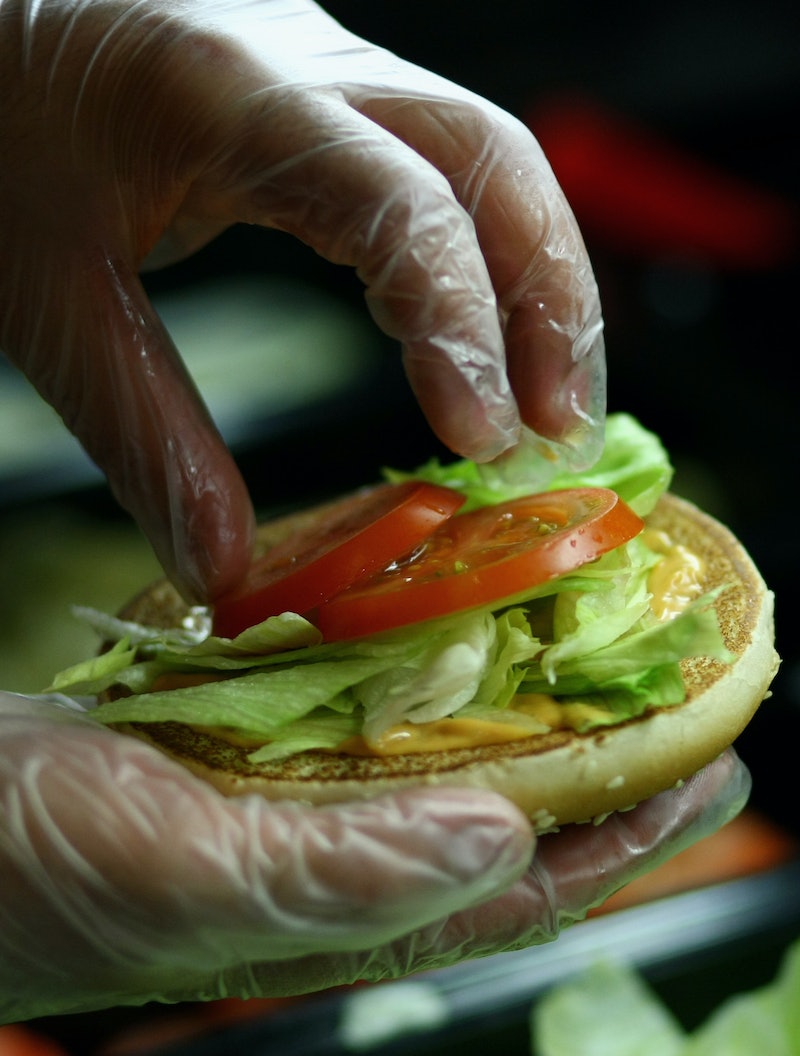 After Pizza Hut Australia’s foray into nail polishes earlier this year, it seems as though there is a new trend for fast food companies to create beauty products — because who wants to wear beauty products that are made by actual beauty manufacturers? Sane people, probably. But in all seriousness, this needs to stop. Burger King Japan has announced that they will be releasing a Whopper-scented perfume called “Flame-Grilled” that will only be available on April 1, or inaugural "Whopper Day." This has to be an April Fool’s Day prank, right?

Unfortunately, this isn’t the fast food chain’s first attempt at perfume manufacturing. In 2008, Burger King released a scent for men that smelled like — brace yourselves — “seduction with a hint of flame broiled meat.” Attention brands: Please stop making stuff like this. We’re onto you. We all know you’re just making these weird products for some free publicity, and enough is enough. Don't get me wrong: I love me a Whopper. Who doesn't? (If you say you don't, you're lying). But the last thing I want is to smell like one. Because...do I have to explain myself?

“Flame-Grilled” will supposedly be on sale at Burger King establishments throughout Japan and will cost 5,000 Yen, which is approximately $4 US dollars. The perfume conveniently costs as much as a Whopper and comes with a Whopper, which makes me think this is indeed a cheap trick. Oh well, I guess we will all be anxiously awaiting the arrival of April 1 to see if this is true. LOL NOPE.