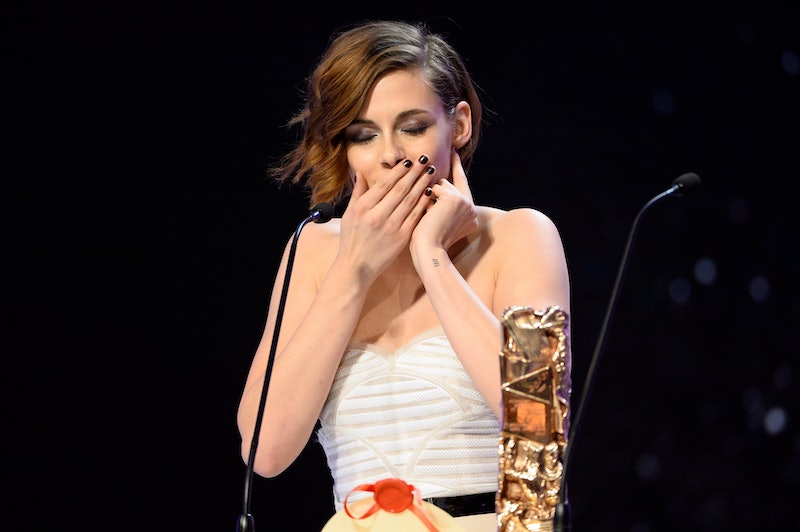 April Fools' Day is one of the best days of the year, and you want to know why? Because I am secretly a terrible person, and April Fools' Day is an opportunity for all terrible people to shine. Not only are we totally at liberty to prank whoever the hell we want, but nobody can get mad at us for it. (I mean, they can, but not without looking like big ol' whiny babies.) I have to confess that I've not always been the biggest champion of this holiday because I also happen to be the most gullible person on the planet, but if anything, that only makes it more fun. Nobody deserves to be pranked more than a pranker. Come at me, fellow terrible people. I'm ready.

Now, I've seen a lot of impressive April Fools' Day pranks in my lifetime. There's the classic releasing of the pigs in the school hallways; one time a radio DJ told patrons they won free tickets to a concert on March 32nd; last year, CBS aired the series finale to How I Met Your Mother. I'm not going to offer any advice on how to stay susceptible to pranking, because I have nothing to offer on that particular skill set. I can, however, share with you some ideas for putting up a good offense, which is to prank your friends before they prank you. In case you need some prankspiration, look no further than this list:

1. These kids who tricked their Macroeconomics professor using his own tactics against him

This is the first and only time I will ever desire to take a macroeconomics class.

2. This woman who shows you how to make a realistic looking fast food meal out of entirely cake

EVERYBODY WINS with this prank.

Imagine if Ted walking into the wrong class on the first day of teaching on How I Met Your Mother were real, only this time it's intentional and wayyyy more hilarious.

I'll have one Sex In The Dumpster, please?

5. When Netflix took trolling fans just a little too far

6. When Taco Bell announced it was buying the Liberty Bell and renaming it the "Taco Liberty Bell" in 1996

Turns out Taco Bell had a sense of humor WAY before Twitter, if stuff really counted before then.

Fact: This was the best day of my left-handed brother's life.

8. This telehealth company launching "Puppy Connect," which is basically a Puppy Skype

I actually need this. I need it. If they haven't jumped on the buzz and actually created one I might cry.

9. This donut fake out

WHO WOULD DO THIS, THOUGH. I NEED NAMES.

In 1976, a scientist convinced everyone that at a specific moment, gravity would lessen on Earth because of Pluto's alignment with Jupiter, but only for a minute. As a result, thousands of people all over the world spent 9:47AM on April 1st, 1976 hopping for all they were worth.

11. When NPR put up a fake article to see who comments without reading

Last year, NPR posted an article with the headline "Why Doesn't America Read Anymore?" Anyone who read under the headline knew at once it was a prank, because NPR explained it right off the bat that they were waiting to see who would angrily comment without even reading the article. Sure enough ...

"The best pants are no pants at all!"

13. Obama telling everyone to Change ... their underwear

I'm sure this was illegal in so many directions, which is why I love it so much.

More like this
Black Women's Equal Pay Day Highlights An Upsetting Problem
By Brandi Neal
10 Pumpkin Recipes That Are Way More Creative Than Pie & Lattes
By Rebecca Deczynski and Alexis Morillo
Bennifer, Kravis, & 14 Other Fun Celeb Couples Halloween Costume Ideas
By Emma Carey and Brittany Leitner
7 Symbolic Meanings Of Autumn — From Letting Go To Self Preservation
By Kirsten Nunez
Get Even More From Bustle — Sign Up For The Newsletter