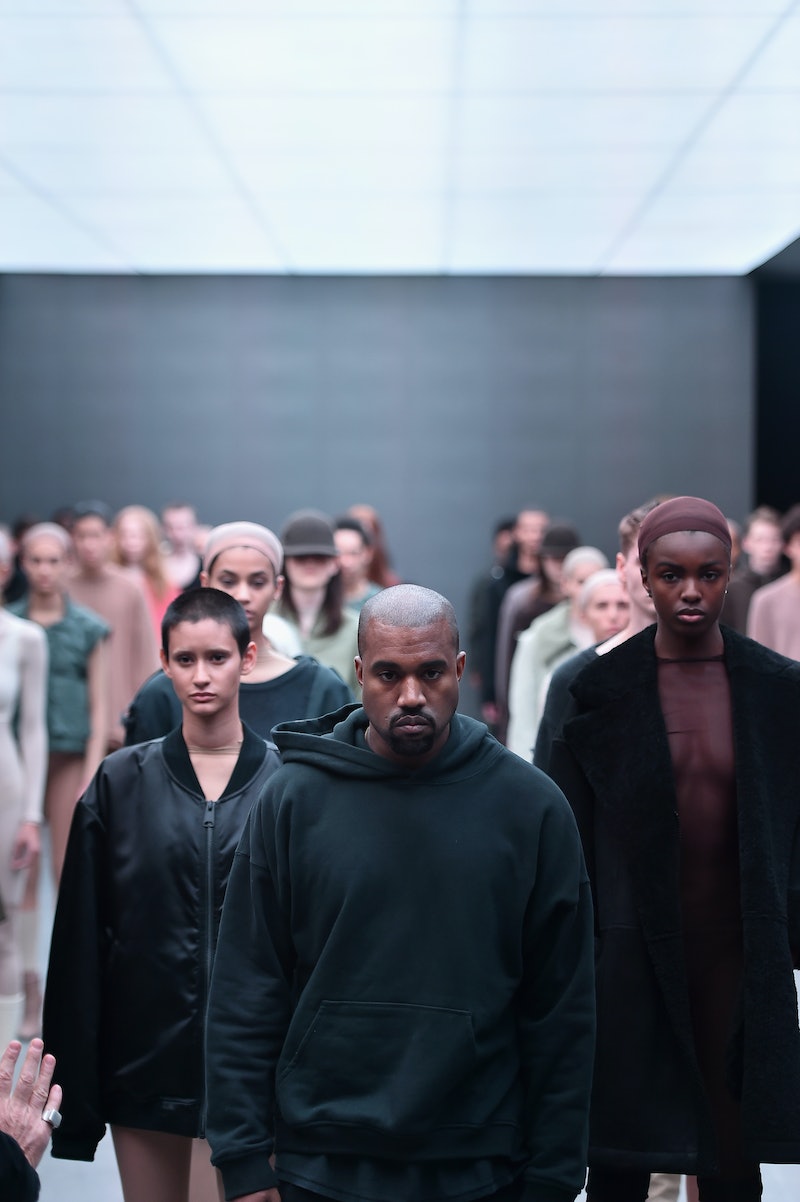 Some things in this life are a constant. The sky is blue. The grass is green. Spring is a cruel, cruel mistress that makes you think it's just around the corner, only to dump inches of snow on your head the next day. And Chanel is always the most viewed runway show of fashion month on Style.com. Well, leave it to Kanye West to blow all of that up and leave the world wondering which way is right side up anymore. That's right — Kanye West's Adidas fashion show was the most viewed fashion show on the famed style website this season.

Every fashion month, Style.com counts the number of page views each runway show on their site received to create a list of the top 10 most viewed collections. Since the site began compiling these stats in fall 2011, Chanel has been the undisputed champion, frequently beating out the runner-up by millions of views. But not this season. The storied French house, helmed by Karl Lagerfeld, was beat out by none other than newbie designer Kanye West.

While West has produced two collections previous to his collaboration with Adidas, neither came anywhere close to even broaching Style.com's top ten. But this season, West came back with a vengeance, racking up 4,578,461 views, annihilating Chanel's meager 3,405.945.

Love him or hate him, West clearly has something going for him. Whether it's blind fascination, celebrity clout, researching a new reason to hate him, or simple appreciation for some genuinely interesting designs, it all converged in the perfect storm to rocket the Yeezy Season 1 collection to the top of the charts.

And as if that victory wasn't sweet enough, the post-show interview Dirk Standen, Style.com's editor-in-chief, did with West is the site's most read story of all time. While I know Kanye West famously doesn't like to smile, it's going to be hard for him to keep that stoic resolution with so many major fashion accolades coming his way.