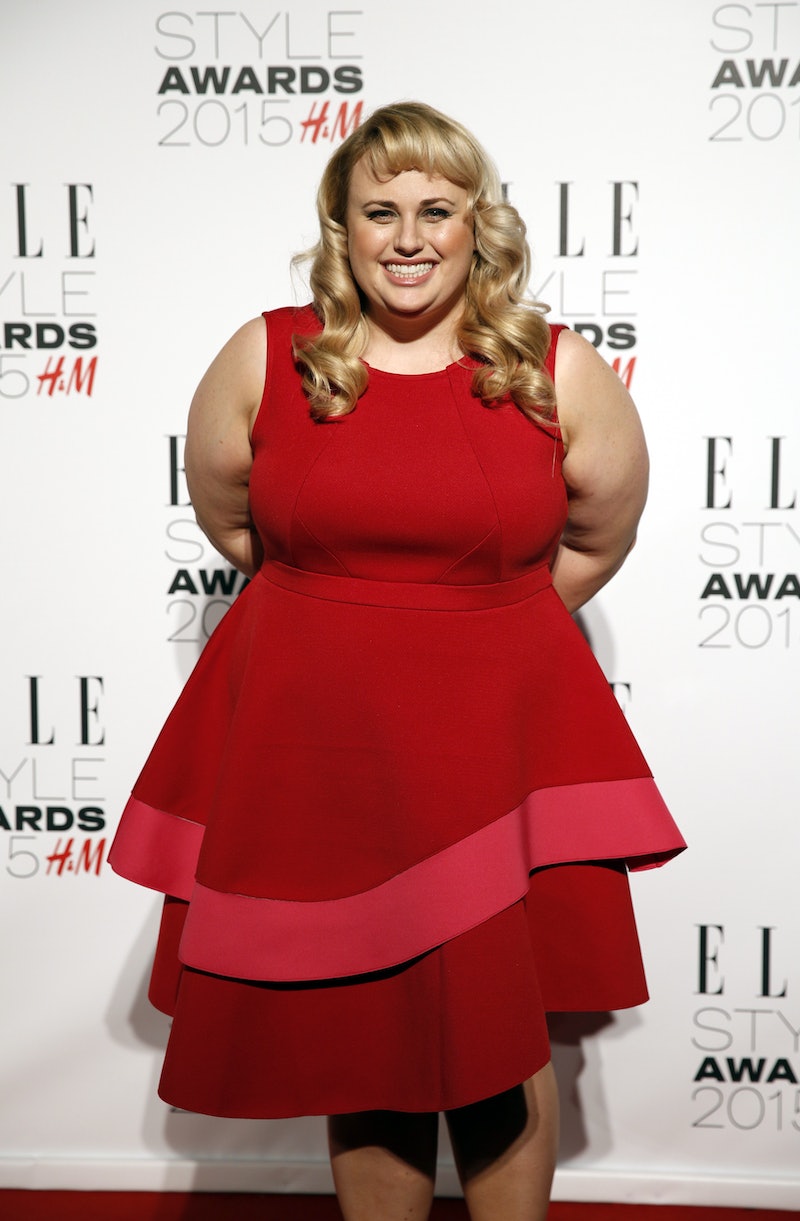 If you're a fan of Bridesmaids and Pitch Perfect (who isn't?!) you are most definitely familiar with Rebel Wilson. The Aussie newcomer has quickly skyrocketed to fame with her uniquely hilarious demeanor — which practically knocks me on the floor every time she comes on the screen. But the funny actress is not only a master in the skill of comedy, she has also become somewhat of a fashionista, really growing into her own skin — and her latest fashion shoot definitely proves that. Rebel Wilson covered the April issue of Elle Australia and looks totally aca-awesome from head to toe.

Wilson dons messy blonde hair, a bold red lip, and a heck of a lot of attitude on the cover shot, as her signature devilish "Fat Amy" expression, from Pitch Perfect, rests upon her face. We can only see just a peak of her pretty pearl-encrusted collared shirt in the shot, but it's totally chic. The pink pastel coat draped over her shoulders pulls the look together and casts Wilson in a a very fashion-forward light that really suits her.

In another shot, the actress sports a sheer polka-dot ensemble that looks stunning on her silhouette, and in a third shot she is seen rocking an oversized black and white patterned coat that is super stylish and on trend. It seems this funny girl has really transformed into a fashionista. But it is a bit troubling that in the only full-body image Wilson is seen wearing a large garment that dwarfs her body.

I'm not pointing any fingers here, but this makes it seem like the stylists were trying to bury a plus-size woman's figure in a huge coat, rather than show off her curves in something more body-hugging. A similar Elle shoot with another plus-size comedian, Melissa McCarthy, comes to mind — she was also dressed in a hugely oversized coat, while the rest of the actresses featured wore like, underwear. Coincidence? Likely not. Regardless, Wilson looks beautiful in these shots!