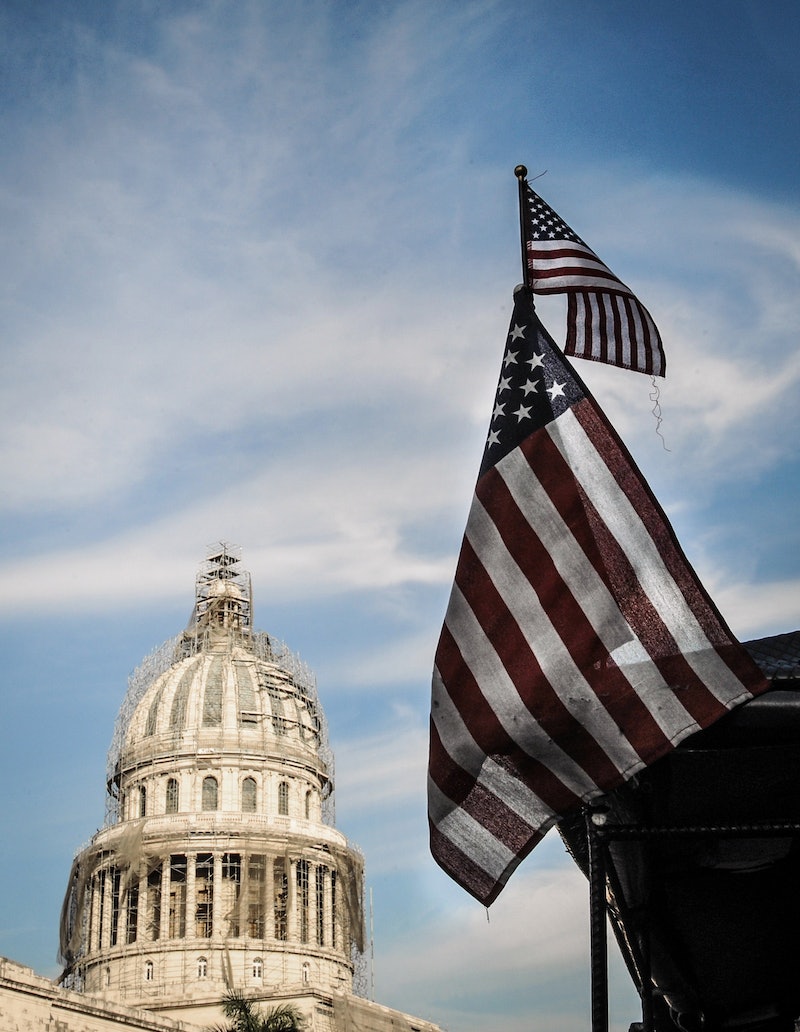 There are a lot of issues in modern America for the public to be concerned about, but which ones worry us all the most? According to a Gallup poll about American's top worries, it seems we not only have a wide array of concerns, but moreover, that those concerns have changed a surprising amount since last year, too. But then again, a lot happened in 2014 — so are the changes really that surprising? I would argue no.

Tellingly, one of the biggest changes in American attitudes of major problems has been the view of race relations in this country. In early 2014, only 17 percent of people said that "race relations" were of great concern; this year, that number has risen to 28 percent, no doubt as a result of the unrest in Ferguson following the police shooting death of Michael Brown, as well as the many other high profile protests around the country and other police shootings involving unarmed black men and boys.

Also up from last year are worries regarding immigration, which 39 percent considering the issue to be of great concern; the possibility of future terrorist attacks on the U.S. has also become one of the most common concerns Americans have.

So after all these changes, what are the things that Americans are most worried about? Well, based on this poll, there are a few top issues:

Although this seems to be the first year Gallup has included this issue in their poll, it ranked highly at its debut — 46 percent of Americans apparently consider it to be of great concern. Their concerns are probably well founded; wealth disparities between the rich and poor have been growing more and more dramatic for decades now, and got even more stark following the 2008 economic collapse.

2. Size and Power of the Federal Government

Though people are less worried about this in 2015 than in 2014, it seems that 46 percent of American are still greatly concerned about the size and power of the federal government. And while I'm a fan of a lot of government programs (like "not letting people starve" and "teaching children to read"), there are plenty I could do without — like that whole "spying on Americans" thing.

Social Security has been in trouble for years now, but although it hasn't been in the headlines much lately, Americans still haven't forgotten about it. A total of 46 percent list it as an issue of great concern.

The Paris attack on the Charlie Hebdo office and the rise of ISIS have most likely prompted a much greater fear of terrorism here in the U,S., with 51 percent now saying they are greatly concerned about terrorist attacks. It's worth noting, though, that right-wing U.S, terrorists are actually a much bigger threat than foreign ones, at least in terms of the number of successful attacks perpetrated on US soil each year. And since the government doesn't seem to be paying much attention to that, I'm pretty concerned, too.

People are less worried than they used to be, but 53 percent are still greatly concerned about the American economy.

6. The Availability and Affordability of Healthcare

Healthcare costs have been rising for a long time, and the battles over the Affordable Care Act (AKA Obamacare) have kept the issue in the news. But even though Obamacare has been making insurance more affordable for millions of Americans and decreased the number of people without insurance, healthcare costs still remain the top concern for Americans with fully 54 percent saying it is of great concern.

So will this problems be addressed this year? Only time will tell.