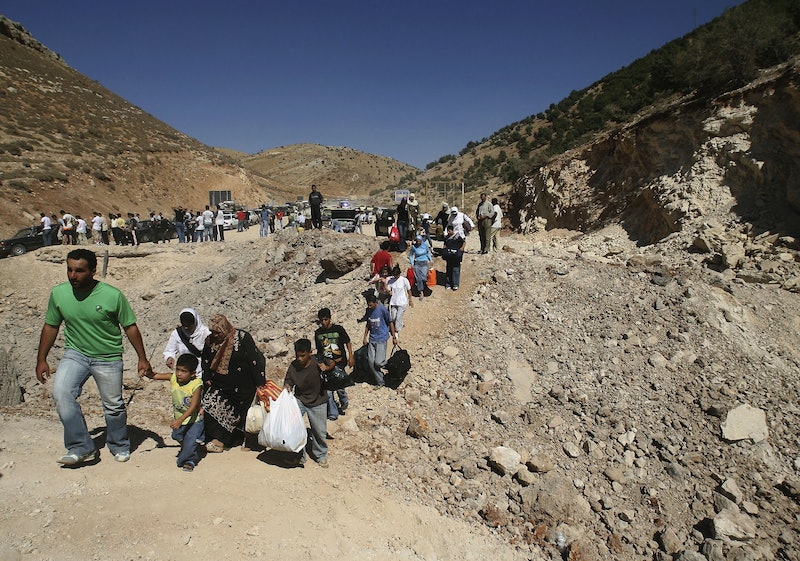 In the tradition of Eid al-Adha, the two-day, major Islamic religious festival that began yesterday, those who can afford it slaughter a sheep or goat and give the meat to the poor. This is done to commemorate the story of Ibrahim's willingness to sacrifice his son, Isma'il, on Allah's orders, and to recall the lamb Allah placed on the altar for Ibrahim to sacrifice instead. But in Syria, the civil war's two million registered refugees are far away from the festivities. Instead, according to a fatwa issued by religious clerics in Damascus yesterday, the very hungry and very desperate among them might eat dogs and cats instead.

Normally, Islam forbids consuming the meat of those animals, but this is an exceptional declaration meant to help those who have no other option for food. The fatwa permits the consumption of animals already killed by tanks and bombs.

“How does the world sleep with full stomachs while there are hungry people, and not far from the main city [Damascus], just few meters [a]way,” a leading imam said in Damascus.

Mass starvation is feared in the refugee camps, where Syrian forces under President Bashar Assad have encircled camps to impose a state of siege and any delivery of relief involves days of planning to bypass troops. Some refugees have already starved to death.

"We have no food, no milk and no medicine," said a woman from Moadamiyeh, one of the western suburbs. "We are surviving on one meal a day. There has been no children formula or bread for about a year."

Fatwas are declarations issued on a point of Islamic law by religious authorities. Last year, a similar edict was issued in Homs after the bombings last year, permitting those who were hungry to eat dogs, cats, and donkeys.

Violence in Syria continued yesterday in the north, with 42 killed in a fight between al Qaeda rebels and Kurdish troops pushing for autonomy. In the disputed southern province of Daraa, where the uprising began in 2011, the explosion of a truck carrying civilians killed 21. At last count, 41,533 civilians have died since the start of the conflict, according to the Syrian Observatory for Human Rights.

Still, it's not all good news: the UN announced Thursday morning that they have been unable to visit one of the designated sites due to safety concerns. There had been several attacks on the region in the days previously, which led to concerned UN delegates cancelling the visit.