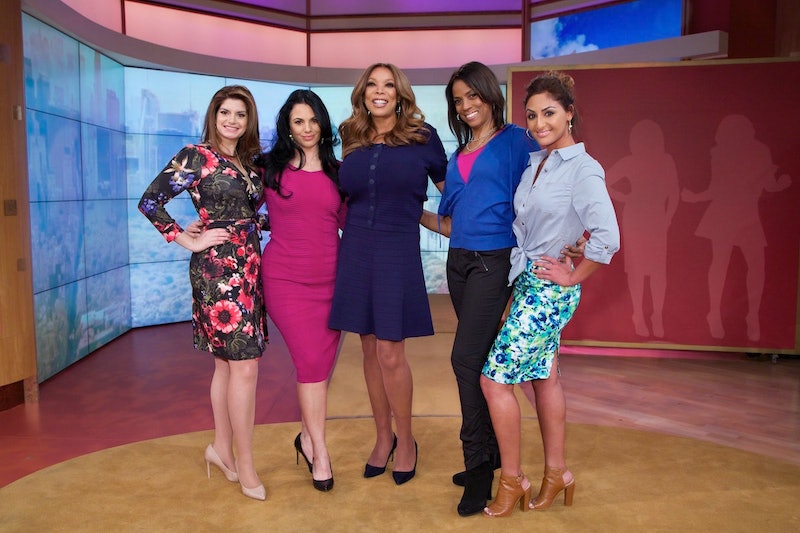 The world of talk show hosting is quite a polarizing one. Some people love their hour-long doses of celebrity banter and scandal. Some abhor the entire practice, deeming it modernity's yellow journalism along with tabloids and gossip columns. But put aside your thoughts on television talk shows for a moment when considering Wendy Williams of The Wendy Williams Show (I know, I know: The two go together like Johnny Depp and Winona Ryder circa 1990).

Williams, like all public figures, has fallen under her fair share of controversy (usually down to her unapologetic bluntness when addressing sensitive and frivolous matters alike). That being said, talk shows wouldn't be talk shows if not for the, well, talk. All in all, Wendy Williams is filled with inspirational quotes and messages that are actually pretty on point. And amongst said messaging is her stance on body image — one that's realistic, occasionally harsh but ultimately a big ally to movements in body positivity and size acceptance.

Whether she's confessing to wanting to see Adele naked (because she sees the beauty in a fuller-figure, obvs) or proclaiming, "Fad diets, pills, bingeing, starving... Where will that get you? Most likely sick and stressed out... maybe even dead," it's always been pretty clear that Williams supports actual health and positive self-perception. And this is something that's evident yet again in the launch of her new clothing collection for the Home Shopping Network (HSN).

Whilst this isn't the first time Williams has dabbled in design (she launched an accessories line with QVC and a wig collection dubbed Wendy Williams Hair World), it's the first time we've been presented with a fashion collection, and subsequently, with a size range that is this stupendous. Sold in sizes XS through 3X, Wendy Williams for HSN features over 20 unique styles, all under $100, and far more embracing of size inclusivity than the vast majority of mainstream fashion collections (which tend to span XS through L only).

At March 18th's live shooting of The Wendy Williams Show, Williams had four models of diverse sizes and styles showcase some of her favorite looks for spring. Besides the obvious benefits of a size inclusive line, it's also worth noting that the new collection is pretty age-inclusive as well. Some might argue that it's geared at a slightly more mature demographic: Baby Boomers or Gen X more than, say, Millennials. But I'd beg to differ. Tie-wrap shirts, bold printed pencil skirts and bodycon sweater dresses are all wardrobe additions I'd happily take on. Sure, my mother would probably sport the poncho hoodies and A-line skirts, but there's absolutely nothing wrong with a designer aiming to create fashionable, affordable apparel for an age group as inclusive as its sizes.

And the collection is coming at such a fabulous time, as well. Optimistic supporters of the size acceptance movement believe we're entering some kind of "Curvy Girl Era," in which more people than ever are beginning to see the beauty in all bodies. Considering, however, that fashion magazines can still get away with putting plus-size celebrities in oversized coats for a "slimming" effect, not to mention the fact that eating disorders are still a sickeningly normalized aspect of contemporary culture, I tend to hold the viewpoint that there's still a lot of work to be done.

That being said, every step matters. Having been involved in pretty much all aspects of media production since the '80s, Wendy Williams has a vast platform. She's someone with followers, with supporters, with people willing to listen. So when someone with that kind of platform openly discusses the problems of beauty standards in our world, or addresses the need for size inclusivity in such a personal way as designing a collection of clothing, it matters a lot.