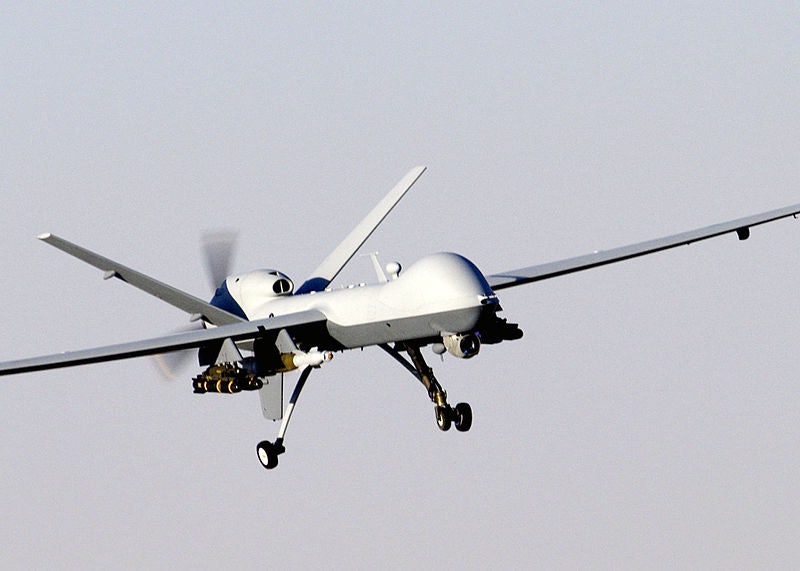 In not-incredibly-surprising National Security Administration news, the latest documents from Edward Snowden, published in the Washington Post, assert that the agency teamed up with the CIA to inform and coordinate drone strikes as part of a 'targeted killing program.' The newly leaked documents focus specifically around one such target: Hassan Ghul, an associate of Osama bin Laden's who provided the CIA with information about where to find the al Qaeda leader before he was released by U.S. officials and rejoined the terrorist group.

The U.S. has never admitted to killing Ghul, but the link is there: According to the leaked information, the NSA retrieved an email Ghul's wife had sent him, and having passed off the email to the CIA, the intelligence agency killed him in a drone strike last year.

The strike is an example of the way in which the agencies collaborate — a partnership that actually makes plausible sense: Why wouldn't a national security agency team up with the national intelligence agency? It's the extent of the collaboration that's worrying.

The CIA's drone strike program (usually thought to be only within the CIA's domain), the documents reveal, is informed largely by the emails and communications the NSA monitors, revealed in one of Snowden's first leaks. To get to the government's terrorism targets, the NSA created a secret sub-unit, the Counter-Terrorism Mission Aligned Cell, that explicitly concentrates efforts on finding the most elusive terrorists. The NSA has also sent analysts over to the CIA to work with intelligence officials domestically and has sent members overseas to embassies where CIA agents are stationed.

The public might know more now that what the Washington Post published the documents, but U.S. intelligence officials got to the press first: The newspaper said that details about the missions are being withheld at their request and "cited potential damage to ongoing operations and national security."