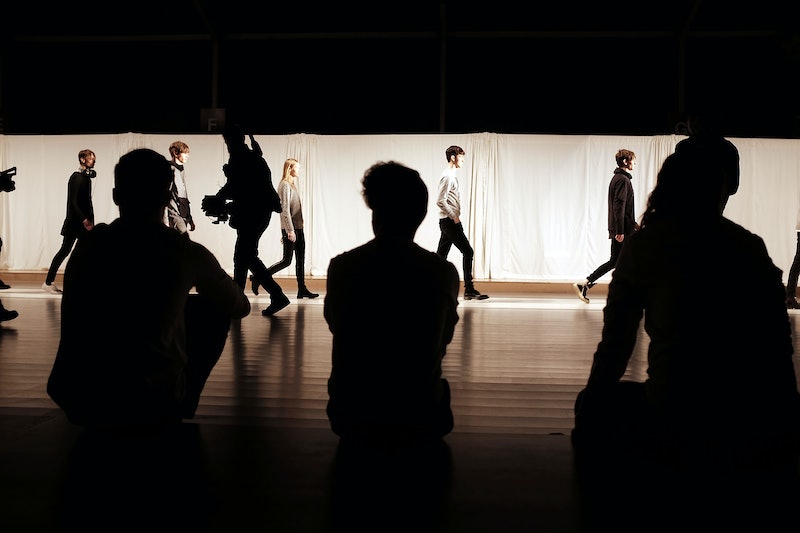 Fashion month, as most bloggers and stylists and designers refer to it, is a whirlwind tour of four fashion weeks, scheduled back-to-back, in four major style capitals: New York, London, Milan, and Paris, in that order. A true fashionista makes appearances in each of the four cities, living out of a suitcase that’s somehow big enough to hold a month’s worth of unique outfits. Fashion month is an exhausting marathon of decadent runway shows and sumptuous parties and outlandish, bordering on impractical, street style, all meticulously documented on Instagram and dissected on blogs and captured on Snapchat. At this point, there’s even competition over which of the four weeks is most stylish.

It’s hard not to feel a sickly, sugary hangover after four weeks of this fashion circus, but those who think going through fashion month twice a year isn’t enough are in luck, because there are more. Lots more. Mercedes-Benz hosts other fashion weeks outside of the four major cities, and other cities host their own fashion weeks as a way to raise awareness of their burgeoning fashion industries.

The good news for those of us who feel fatigued at the thought of another fashion week is that these international fashion weeks receive much less media attention than their traditional fashion month counterparts. That doesn't mean they're lacking in style. The mostly independent designers featured in these shows are creating innovative work, and the attendees wear their street style best, without many of the gaudy gags to make people pay attention. (I'm looking at you, Kim Kardashian's platinum blonde hair.) It’s less competitive, which really makes the whole ordeal much more fun.

Istanbul is a city better known for its storied historical landmarks than its street style, but the city hosts its own fashion week, sponsored by Mercedes-Benz. At the Autumn/Winter 2015 presentations, beauty looks trended toward the avant garde, like the slicked back glitter bobs from Ece Gozen. In much the same way that Istanbul straddles two continents, many of the collections seem to straddle two worlds. My favorite collection from this most recent Istanbul Fashion Week was Maid in Love's psychedelic collection, with black handprints painted onto models' faces paired with graphic sweatshirts with fuzzy arms.

Stockholm Fashion Week was established in 2005, and now occurs biannually. The selection is still relatively small, with only 26 shows over three days this season, but there are some heavy-hitters in the bunch. The winner of the H&M Design Award presents at Stockholm Fashion Week; the 2015 award went to Ximon Lee, the first American to receive this honor. Another perennial favorite is cult brand Cheap Monday, which presented a collection with a "shipwrecked," Lord of the Flies inspiration, featuring soot on models' faces, burning wreckage in the background, and perfectly disheveled outfits. If you want to plan ahead, the next Stockholm Fashion Week will be held during the last week in August.

Hosted by the Seoul Metropolitan Government, Seoul Fashion Week is, "operated strategically with a goal to become one of the most prominent fashion weeks of the world," according to the website. It's not as haughty a claim as it may sound, because Seoul Fashion Week has been slaying it. There are well over 60 presentations, of both emerging and established designers, several of whom also show at other major fashion weeks like Lie Sang Bong. The street style from Seoul is inspirational, a balanced blend of costumed and practical.

Technically, Reykjavik doesn't have a "fashion week." It actually hosts an annual fashion festival. For the sixth anniversary of this event, six Icelandic designers presented their Autumn/Winter 2015 collections in three days. The designers — Jör by Gudmundur Jörundsson, Sigga Maija, Magnea, Another Creation, Scintilla, and Eyland — each have very distinct styles and collections, but all seemed to have a hint of something dramatic. Reykjavik's street style is less aggressively dark than the collections presented, but way more wearable than many of the street style looks from any of the four fashion month cities.

Tokyo Fashion Week is also sponsored by Mercedes-Benz, and is much closer in scale and buzz to any of the big four, with about 50 shows being held in the main venue Shibuya Hikarie and dozens more being held around the city. The spectators are, of course, dressed in perfectly polished outfits of all styles, ranging from hyper-feminine to streetwear. The most exciting update from this season's Tokyo Fashion Week is designers are embracing diversity in fashion, with Tenbo featuring models with physical disabilities. With its great shows, great street style, and now, great commitment to inclusive representation in fashion, Tokyo Fashion Week could become the fifth week to add to fashion month.

For all the movie premieres and glamorous events happening in Los Angeles, the city isn't exactly known as a hub for haute couture. But Fashion Week LA was founded in 2002 to help change that perception. The event is now run by the Los Angeles Fashion Council whose mission is to, "elevate Los Angeles fashion design by creating a platform for presentation," along with the fashion week's original founder Jen Uner. Clearly, these attempts to build up L.A. as a capital of fashion have been working. Designers have been turning to the West Coast, most notably Tom Ford eschewing his traditional fashion week show in London for a presentation in Los Angeles this past February.

Also sponsored by Mercedes-Benz, this fashion week technically spans all of Australia. But Australia is big, so Sydney is the primary host of the week's events. 2015 marks the 20th anniversary of Fashion Week Australia. The presentation of the Autumn/Winter 2015 collections happens a little bit later than the other shows, in April rather than in March, but there are over 40 designers presenting. And for those Australian fashionistas for whom only one event isn't enough, there's also Fashion Festival Sydney, which happens once a year and features more emerging designers and trends.