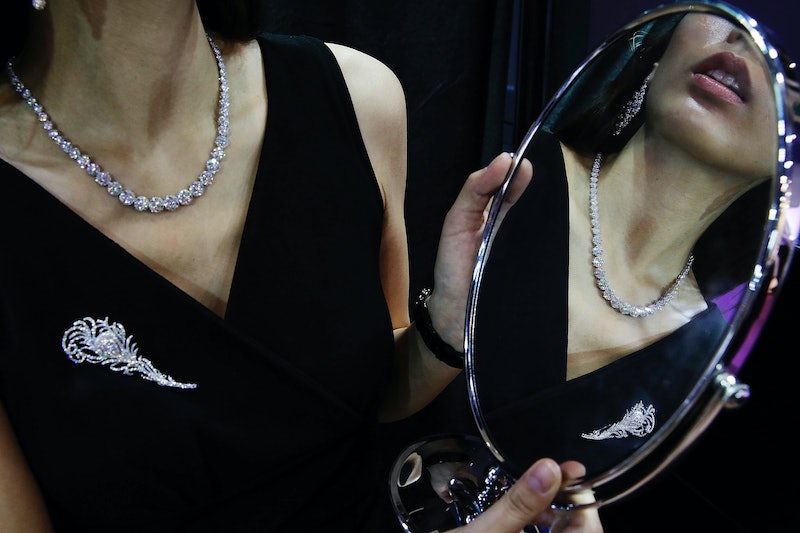 Today in reasons not to be friends with narcissists, a new study shows that narcissistic women are more likely to hold sexist beliefs. Those females with a high sense of entitlement — a core characteristic of narcissism — are more likely to believe in traditional gender roles (such as that women are natural nurturers or men natural protectors) and endorse other forms of 'benevolent sexism.'

In social sciences, 'hostile sexism' describes the kinds of outright misogyny you see in the so-called Manosphere. Benevolent sexism is more subtle. It drives statements like "Women are just naturally better caretakers," things that initially sound positive but reflect a worldview where men are better suited to rational/analytical pursuits and women are better suited to emotional/moral affairs. It's idealizing women as "pure, pedestal-worthy objects" in need of chivalry and protection, as the authors of a 2011 study put it. "People who endorse benevolent sexism feel positively toward women, but only when women conform to highly traditional ideals about 'how women should be.'"

This new study was designed to test whether benevolent sexism is attractive to women because it promises benefits to individual women. Lead researcher Matthew D. Hammond and University of Auckland colleagues tested more than 2,700 women and 1,600 men in New Zealand to test psychological measures of entitlement and endorsement of traditional gender roles. The latter included statements such as, “Women should be cherished and protected by men” and “Women, compared to men, tend to have a superior moral sensibility.”

The findings show that the individual benefits of benevolent sexism "are central to women’s adoption and endorsement of sexist attitudes toward their own gender," the researchers concluded. Women with stronger senses of being special or deserving more out of life showed much stronger support for benevolent sexism, the researchers found. In men, the correlation was weak. Hammond told PsyPost:

“Even though both men and women have these kind of ‘entitled’ tendencies to be reward-oriented and status-focused — the ‘cherish and protect’ attitudes of benevolent sexism seem to take advantage of these qualities in women only. This is an example of how benevolent sexism is an insidious set of ideas which appear to exploit ‘niceness’ to encourage women to hold more sexist beliefs.”

Ultimately, benevolent sexism may be positive for individual women who court it, but it's not a "'pro-social' set of attitudes," Hammond said. This ties in to the concept of "patriarchal bargaining," a term I was introduced to earlier this week. Danielle Paradis describes it as meaning "that in order to thrive within a system that values a woman’s appearance ... she accepts her place and does not challenge objectification.” Essentially, patriarchal bargaining describes the concessions that women make to sexist culture in order to get some perceived advantage. It can be as simple as conforming to certain beauty standards you don't really dig or crazy as whatever is going on with Melissa Gorga — there are degrees, and most women do it on some level.

It's interesting to see this study draw associations between patriarchal bargaining and narcissism. What does this mean for feminism if Gen Y is teeming with selfie-wielding narcissists? J/k! I do not think Millennials are any more narcissistic than anyone else right now. But a recent survey did find Gen Y wives more likely than women in older generations to leave financial planning and decisions to their husbands. On the off chance boomers are right about this narcissism epidemic, we could be heading for trouble.