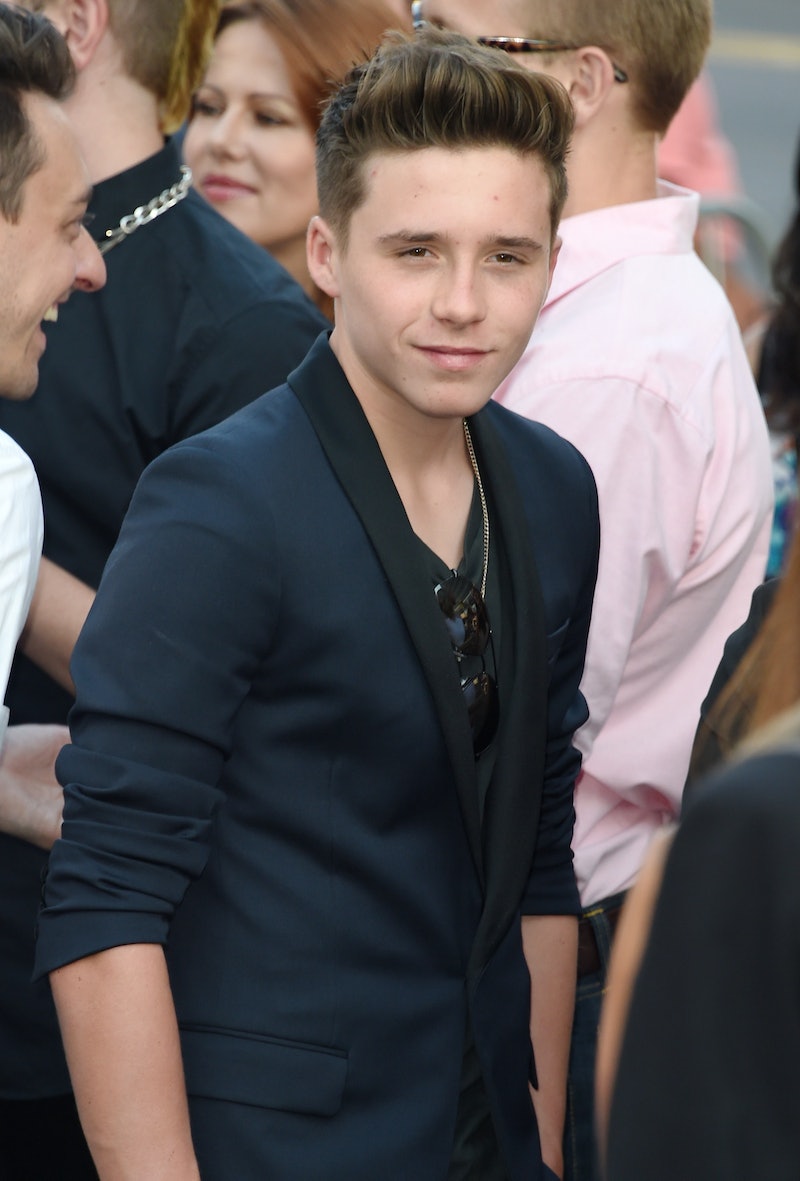 Victoria, David, Romeo, and Brooklyn make up two-thirds of the stunning Beckham family, and they also have one other thing in common: they're all incredibly stylish models. The famous Beckhams are all seriously gorgeous in their respective gigs. While Harper and Cruz haven't taken the plunge into modeling yet, Brooklyn's campaign for Reserved shows that the Beckham kids definitely have modeling in their DNA. Brooklyn has now joined a long line of celebrity kids who have taken up modeling, including but not limited to Hollywood 'It' girls Gigi Hadid and Kendall Jenner. So we're wondering, does this make Brooklyn a new 'it' boy?

Back in January, Brooklyn's first campaign was announced, and it wasn't the first time the teen had graced the pages for the sake of fashion. Back in April 2014, Brooklyn appeared on the cover of Man About Town magazine, and in October of that year, he landed the cover of The New York Times Style Magazine. The covers came right before little brother Romeo's ridiculously gorgeous Burberry film, and clearly, Mom and Dad have serious modeling chops.

Brooklyn's campaign for Reserved shows the teen rocking several different jackets in bold red and styling in some surprisingly cool flannel. The brand does seem to suit Brooklyn perfectly, so it's no surprise that he was chosen for the campaign.