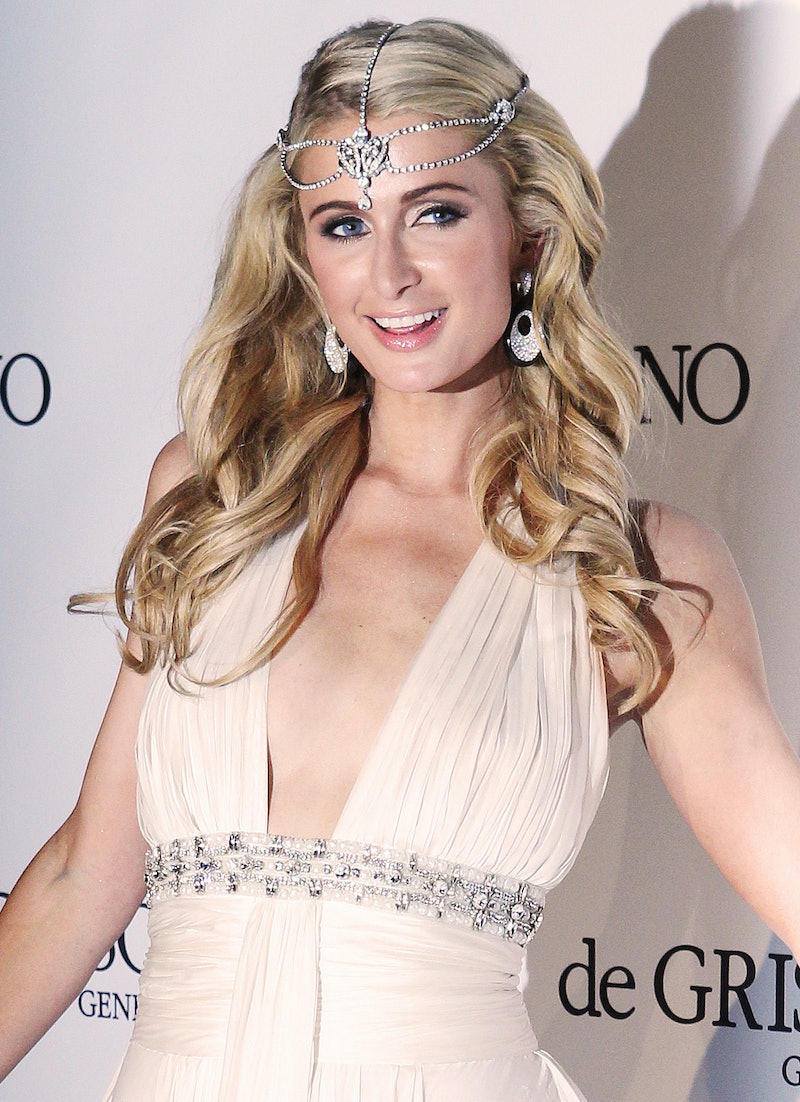 From her Simple Life days, to modeling, to her music career, Paris Hilton has had an epic history of fame. The triple threat also seems to love a lot of throwback trends, including her song "Stars are Blind." In an interview with The Cut, about her latest perfume (which is her eighteenth fragrance), named Paris Hilton Limited Anniversary Edition for Women, Hilton dished about Juicy Couture track suits and the Spice Girls.

Hilton told The Cut that the two keys to being an entrepreneur are to work hard and be confident. She stated that she looks up to Oprah and, of course, Victoria Beckham, whom she's admired since her Spice Girl days. While she originally loved Baby Spice for her cuteness, she changed her fav Spice Girl to Posh because she was "so sexy and hot and just seemed like really cool." Also because duh. And now that Posh Spice — err, Victoria Beckham — has a fashion line and a super attractive family, it's no wonder Hilton thinks she's fab!

Aside from girl bands, Hilton also revealed that she's not too worried about the Juicy Couture brand going through some changes because she's "well stocked until the end of time." Apparently the track suits didn't get tossed during her great closet purge.

And, of course, we can't forget Hilton's music career. She's DJing now, but before that, she had an entire album. She told The Cut that her favorite song is still her hit "Stars are Blind" and loves whenever she hears it played at clubs or parties.

You rock, Paris. Don't ever change.