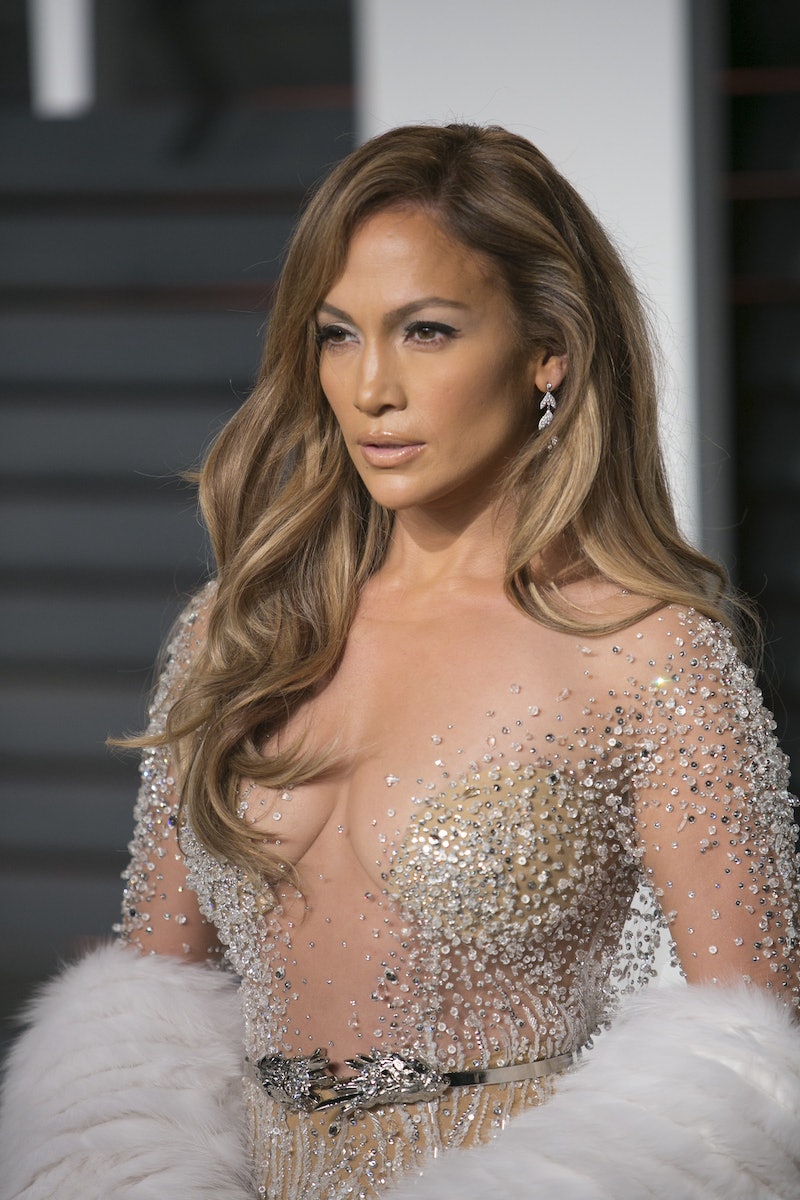 Jennifer Lopez has made no bones about the fact that she loves a dress that makes a major statement. Granted, usually that statement revolves around how little fabric is actually covering her body, but still, it's a look no one will forget about any time soon. I'm certainly guilty of still thinking about that chest-baring green Versace number from the 2000 Grammys every time I see a singer in a dress cut down to there. But then again, I'm also guilty of endlessly mourning the fact that I will never have as perfect a posterior as the 45-year-old singer even if I work out nonstop for the next 20 years. But Lopez's dress on last night's American Idol was showstopping in a very different sense.

When the singer took the stage to perform her new song "Feel the Light" from the forthcoming Disney film Home, she wore a flowing, white, princess-y gown that appeared to be consuming the floor beneath it. While Lopez gave a stirring vocal performance, her apparel seemed to be preoccupied, locked in a life or death battle with the stage. (A battle the dress was definitely going to win.) However, the true reason behind J.Lo's floor-oppressing, tarp-like garb was quickly revealed: It was, in fact, a projection screen!

As Lopez sang, her pearly, big top circus tent transformed into a series of starry, swirling imagery intercut with clips from the animated film. While it's true that Lopez is a major trend-setter, let's hope this dress-cum-movie screen doesn't catch on with housewives looking for a way to liven up their home film screenings.