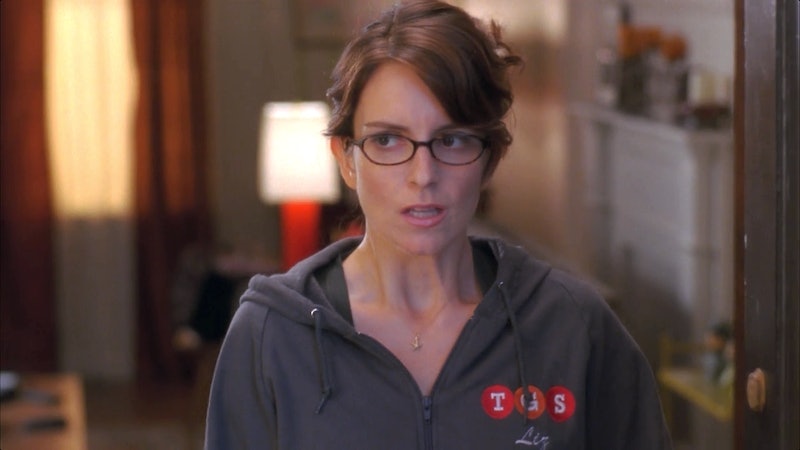 In the past year or so, we've heard a lot of people bemoaning the struggles of having "resting bitch face", which is totally understandable. I'd be annoyed too if someone thought I was side-eyeing them when all I was thinking about was pizza (which is, incidentally, the thing I think about most). Of course, the other side of the resting face coin followed suit, chiming in with the woes of having "resting nice face". We get it, human race: People make snap judgments about the content of your character based on the fall of your face, no matter who you are. But the resting face we don't often consider might be the weirdest one of all: it's Resting Confused Face (RCF), and it is the reason why my potential for awkward run-ins has been fully maximized even in my relatively short life.

To be fair, I am occasionally confused. Being a human can be confusing, which is something anyone who has ever been a human can back me up on. But I am also a full-grown adult, equipped with Siri and basic common sense, so if I am ever confused, I usually am not for long. My confidence in navigating my way through life, however, seems to be hopelessly incongruent with the expression on my face. I have gleaned from people's reactions to me over the years that I must look terribly confused most of the time.

I mean, I can't too upset about this. Nobody thinks I'm going to turn around and eat their child, for instance. No one thinks I look mean or scary. They just think I'm hopelessly lost and/or stupid, which is mildly condescending and insulting, but not necessarily the end of the world. Sometimes it actually makes me feel a little bit happy for the human race. Like, look at all these people interpreting my facial signals as confusion and trying to help me! That's cool that our species is biologically predisposed to protect its own! It's just kinda awkward when you're the last person in the room who needed it in the first place.

What makes Resting Confused Face such a slippery beast, though, is that it can be extremely difficult to diagnose. You might be reading this right now unsure whether or not this applies to you (you might even say you're confused), but I'm here to help. You too might have Resting Confused Face if you have experienced any of these struggles in your life:

Strangers are always getting into your business

They're totally doing it out of the goodness of their hearts. But it is still six kinds of embarrassing to have the old lady in the grocery store publicly ask me if I'm okay because I was squinting at the nutrition labels on the cereal with apparently more emotion than I thought I was.

If you look even slightly young for your age, people ask where your parents are

You know what? No, scratch that—I might look young, but I don't look like somebody's minor child anymore. And yet, even still, I have never walked through airport security without someone asking where my mom is, and before I can even explain myself, someone usually grabs my ticket and starts explaining at length where the gate is. My face is clearly that of a person who has not made the leap of logic between looking up at the gate signs and following the arrows to them in a timely fashion.

People never trust your authority on pretty much anything

Guess how many road trips I've been the navigator on? NONE. I'm not even saying I WANT to be the navigator, but it would damn sure be nice if people thought I was competent enough to adequately fill the role. And this isn't just the case with directions—this is what happens in most aspects of your life if you have RCF. People always hesitate to put you in charge of something even if you're fully confident that you're capable.

You can never stop on a street corner, not even for a second

I have a suspicion that any time I stop moving while in a public place, a distress beacon is ignited right below my feet and cast all over the surrounding area. Even if I am holding a book up to my nose, it does nothing to stop the mighty power of the Resting Confused Face, and I usually have at least one person ask me if I'm lost within five minutes.

Nobody ever believes your weird stories

I have endured some of the most batshit encounters with strangers. A woman once slid up next to me at a Metro stop in DC and let several trains go by as she gave me a 20-minute pep talk about finding direction in my life. Like, she was a perfectly normal person and had some genuinely cool things to say, but I also had no idea WHAT ON EARTH WAS HAPPENING. And stuff like this happens to me on the daily. At crosswalks, elevators, coffee store lines—almost anywhere I have to stop in a public place becomes a one-woman confused face invitation for people to weirdly treat you like a lost lamb who needs unsolicited advice about making her way in the world.

You get "so, you're not from around here?" creeps more often than any kind of creep

Even on the first day of my senior year of college, the baby freshmen were sidling up to me in the bookstore, asking to compare our schedules. NO, BABY BROS. STOP RIGHT THERE. I am not in your Intro To Being A Basic Bro class this semester, even if I apparently have the wide-eyed look all you other freshmen are sporting on grounds.

People will baby you and/or condescend you

One of the reasons I am so comfortable with my independence is that I have never been too embarrassed to ask a question on the occasion that I actually have one. I learned pretty quickly while traveling solo that if you're too afraid to ask stuff, you're the one who ends up missing out. And while I stand by this notion, I can't help but notice that people are alarmingly more condescending when answering my questions than with people whose faces look less derpy than mine.

You overcompensate for your RCF and end up looking angry

I have a face that I refer to as my Serious Business Face. If you suffer from Resting Confused Face, you know this defensive "other face" I'm referring to. So the other day, I'm pretty sure that face made an actual baby cry actual tears. Like, I don't want to look like a lost kid, but I also don't want to look like the kind of person a lost kid would need to be afraid of. It gets people to lay off you for a little while, but it is far from a long-term solution.

People are always telling you to "calm down"

Oh. My. God. If one more person tells me to "calm down," I will GIVE THEM A REASON to tell me to calm down, and that reason will probably involve my shoe being stuck inside of their jaws. I don't know why any person ever thinks it's acceptable to say these words when they're not in a life-or-death situation where a scientifically engineered dinosaur is sniffing them out by the smell of their sweat. It's rude. It's mean. It's basically like telling someone whatever they are feeling is totally invalid, and in the case of Resting Confused Facers, it's telling us that the feelings we're not even having are invalid.

When you're actually confused, you look SO confused that people get worried

As you can imagine, our Actual Confused Face exponentially exaggerates our Resting Confused Face, and the result is so terrifying that people won't even bother responding to you. Instead, they are looking from side to side, waiting for something to swoop in and kill them, because that is the magnitude of panic that they have registered on your face. FALSE ALARM, GUYS, I actually just couldn't remember which pocket my phone was in. My bad.

"Jeez, sorry we cared so much. We'll just stop all this "being nice to you" nonsense since I can see it's really burdensome, what with all of the POLITENESS AND CONCERN we've been assaulting you with." — The Entire Human Race

As totally justified as our complaining is (as evidenced by my super long rant just now), nobody is ever gonna be able to see your point, so basically we are all doomed to suffer from Resting Confused Face forever. See you on a busy train platform getting accosted by strangers, y'all.