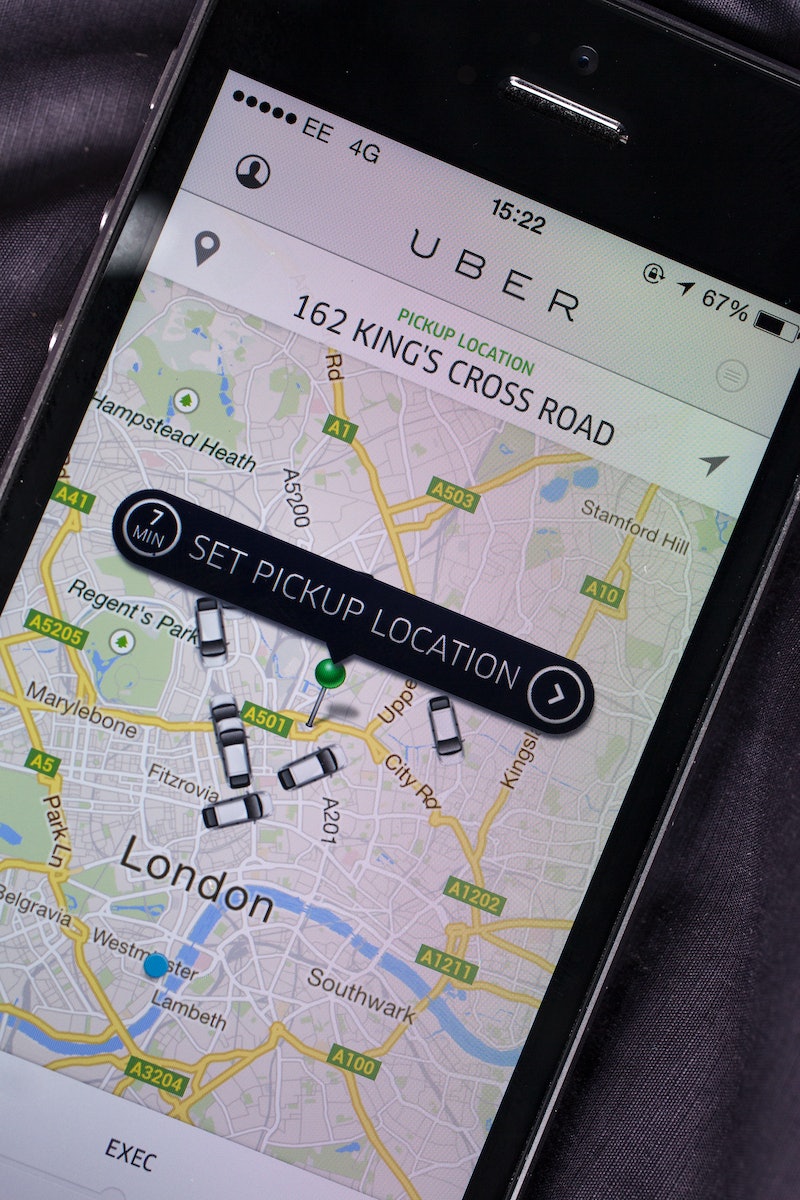 Change is in the air, New York. It seems there are now more Uber drivers in New York City than there are yellow taxis. And while traditional cabs still make far fewer trips, the fact remains that Uber is clearly here to stay.

According to new numbers from the Taxi and Limousine Commission, there are currently 14,088 black and luxury cars affiliated with Uber operating in New York City versus only 13,587 traditional medallion cabs. Which is pretty impressive given that Uber didn't even exist until 2009 and wasn't operating in New York until March of 2011. But the app-based service apparently didn't need much time to become popular.

Uber's dominance in the city, though, is far from assured. Although there are now more Uber drivers, medallion cabs as a whole still make ten times the number of trips that Uber drivers do, which could suggest that most customers still prefer regular cabs. It's also probable that most of those 14,088 Uber drivers aren't driving for Uber full time. Since driving for Uber doesn't involve the same level of expense as cab driving, it's possible that plenty of people who already own a car use it as a useful side job and only accept the occasional ride, rather than most cabbie for whom cab driving is a primary source of income.

Still, the fact that there now are so many Uber drivers in New York City means that Uber will definitely be affecting the landscape for years to come. So when you decide you need a ride, should you go to your Uber app or should you hail a cab? Here are some of the pros and cons.

Probably the first thing that comes to mind when weighing your transportation options is how much it's going to cost you. Uber and their mysterious pricing model that jacks rates up during peak times has certainly resulted in some horror stories about astronomical fares, but under normal circumstances, which one is cheaper? Well, the truth is it can vary. But the good news is there's now an app for that — OpenStreetCab. It tells you when Uber would be more or less expensive than a cab in NYC. So instead of relying on estimates of who's cheaper overall, just make sure you're getting the best price for every ride, you can use that.

Safety is probably the most important consideration when it comes to getting a ride — after all, when it comes down to it you're getting into a stranger's car. There have been stories of both nightmare Uber drivers and nightmare cabbies, but which one is better? Well, Uber does have a "safe rides" program where they run background checks on their drivers, and make sure their driving abilities are up to snuff, but the program costs extra. Which is just kind of sucky. Cabbies, on the other hand, all undergo a criminal background check before getting their license. And although Uber claims their vetting process is better, they've also fought against laws requiring them to run equally thorough background checks. Which is a bit concerning.

Hailing a cab is not always the easiest thing in the world, but is getting an Uber actually more convenient? Well, it turns out it might be. Apparently the average wait time for an Uber in Manhattan is 2 minutes and 25, and only 3 minutes and 8 seconds in the outer boroughs. Can you get a cab faster?

Personally, before I give new companies a try, I like to know that they're not evil. So how does Uber do? Well, the company definitely makes it easier for would-be entrepreneurs to pursue a living with far fewer costs than driving a medallion cab, which makes the service much more accessible. But there's also concern that if the company does drive cabs out of business, that the parts of the city cabs are legally obligated to serve will lose out if Uber drivers refuse to go accept rides to or from those areas. Whereas cabs have to take you anywhere in the city once you're inside, Uber drivers don't have to accept every ride. So long term, that could result is low-income neighborhoods not having access to cabs at all.

So which is better? Well, it's hard to say. But the good news is there's a huge fleet of both cabs and Uber drivers now, so whichever one you prefer, you're covered.

More like this
The 5 Best Laptop Power Banks
By Vanessa Spilios
You Can Stay At The 'Hocus Pocus' House On Airbnb
By Alexis Morillo
Craving The Beach? Here's Your Guide To A Solo Vacation In Turks & Caicos
By Alexis Morillo
26 Ghost Story Podcasts To Get You Ready For Halloween
By Jessica Booth, Mia Mercado, JR Thorpe and Emma Carey
Get Even More From Bustle — Sign Up For The Newsletter