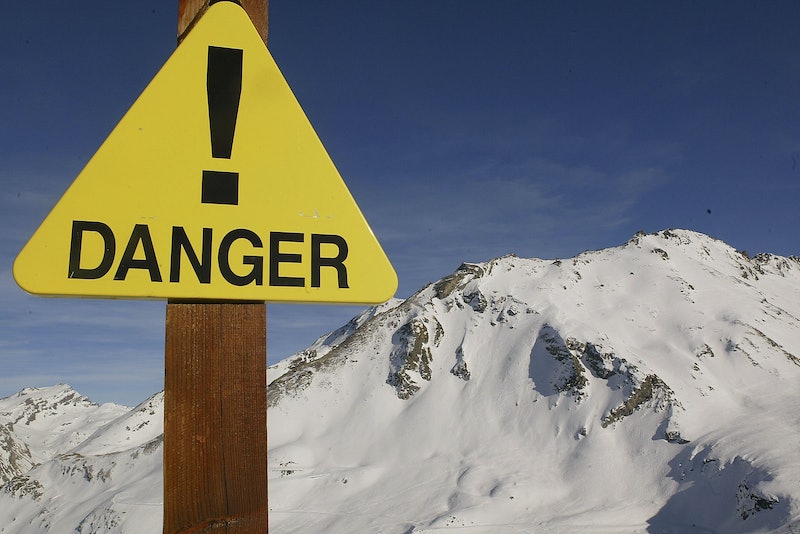 No matter how experienced you are, you must almost be prepared. This shocking and terrifying video shows a man being buried in an avalanche, followed by the heart-pounding efforts of his friends to rescue him. Though he was eventually found and rescued, it took over an hour to dig him out. James Mort, the man who was buried, says in his blog that it was the scariest day of his life. Due to the ill preparedness of him and his skiing buddies and their decision to ski off-piste, the avalanche could have easily cost him his life.

Mort was skiing with three of his friends in Les Crosets in the Alps when the avalanche occurred. He wrote, "The last thing I managed to do before I was completely buried was to reach as high as I could above the snow with my left arm and ski pole. This may have ultimately saved my life."

"As the snow piled higher and higher, it became darker and darker until I was surrounded by an eerie black silence, broken only by the sound of my slow breathing and racing heartbeat," he wrote. "'Okay' I thought to myself, 'You’re dead.'"

Fortunately for him, he had raised his ski pole above his head before the snow hit. With a little maneuvering, he managed to break the snow's surface with his pole and signal for help. You can hear his friend wearing the camera cry out at the 2:30 mark when he spots the pole above the surface.

Two of his friends attempted to dig out his face so that he could breathe; the third goes to get ski patrol. Even with the help of the ski patrol, it took over an hour to dig Mort out. Before his friends found him, Mort wrote that he "felt bizarrely emotionless and wondered for a moment what death would be like." When his friends finally managed to reach him, he "let out a short groan and stifled the words, 'Boy, am I happy to see you guys.'"

Mort says on his blog that this should be a cautionary tale for those skiing to always be prepared. Though he carried a probe, shovel and transceiver, his friends only carried probes and shovels.

“From that afternoon onwards everybody made a pact to never ski off piste again, even inbounds, without everybody in the group carrying a complete avalanche pack containing a transceiver, probe and shovel," he wrote.