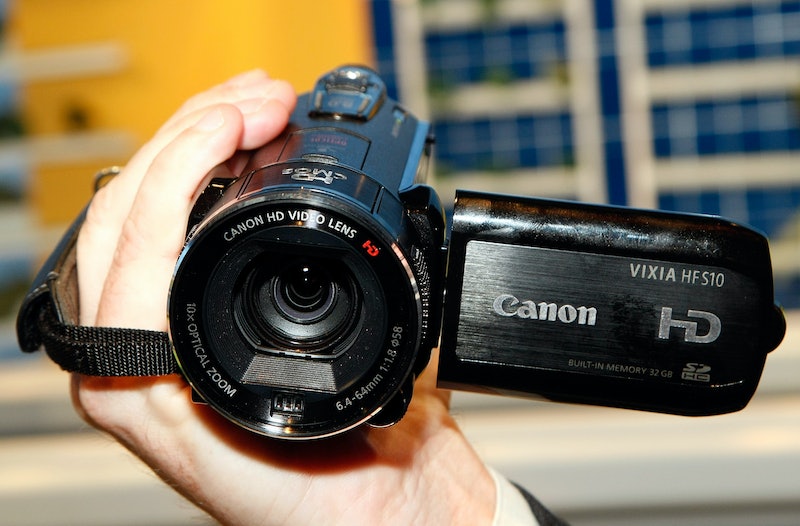 A New Jersey couple recently found a home movie featuring both of them as children. Cute, right? It's so sweet when childhood friends end up married. Except that's not exactly what happened in this case: The two didn't know each other at all when the video was filmed. In fact, they wouldn't end up meeting for another 16 years. Coincidence, or FATE??

A few years ago, Jourdan and Ryan Spencer, married since 2007, were viewing a 26-year-old home video of Jourdan’s family trip to the Sesame Place amusement park in Langhorne, PA. They were shocked to see an image of a young Ryan—then completely unknown to Jourdan—walk nonchalantly across the screen. Jourdan and Ryan grew up 45 minutes away from each other in New Jersey, so it’s not surprising that they visited the same water park as children, but it is rather incredible that they would both end up on the same tape, especially when you consider that it was filmed in the late-1980s, when camcorders were still relatively rare. They thought the tape had been lost during Hurricane Sandy, but were delighted to rediscover it a few weeks ago.

As Jourdan describes to NJ.com, she sees the almost-encounter as serendipitous:

In the image below, you can see Ryan (the boy wearing glasses) in the foreground. The mother and child behind him are Jourdan’s mother and sister, waiting for Jourdan to finish her trip down the water slide.

I imagine that seeing one’s childhood self unexpectedly in someone else’s home movie would be really creepy, almost like seeing a ghost walk onto screen. Ryan recounts, "I got a chill at first. I couldn't believe it was me, and then it became kind of a romantic thing."

More like this
10 Ways To Be More Empathetic To Your Partner
By Raven Ishak and Lexi Inks
The 19 Best Tweets & Memes About Bisexual Awareness Week
By Lexi Inks
Why Harry Styles & Olivia Wilde Make A Great Couple, According To Astrology
By Nina Kahn
Rita Ora Celebrates Finding Her "Fairytale" Ending With Taika Waititi
By Sophie McEvoy and Catharina Cheung
Get Even More From Bustle — Sign Up For The Newsletter