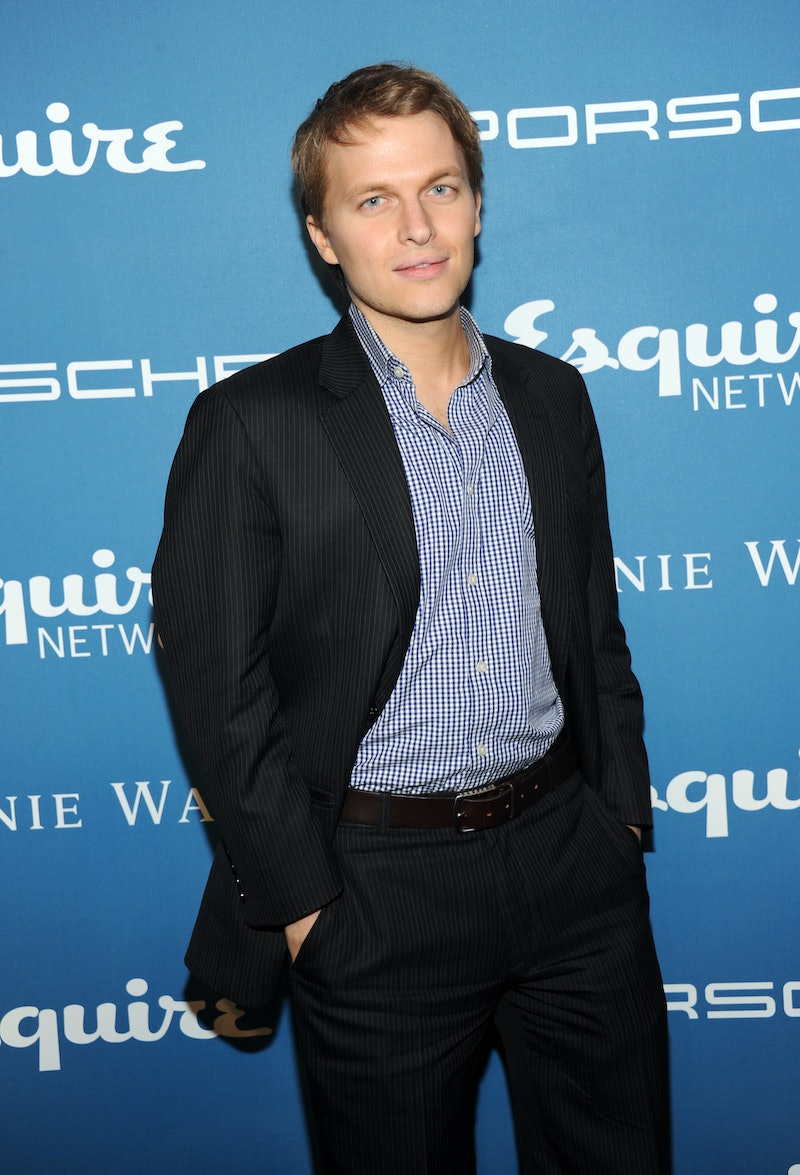 The minds behind MSNBC knew they were striking gold when the news network nabbed not only Alec Baldwin, outspoken celebrity and part-time paparazzo vigilante, but also newly announced MSNBC host Ronan Farrow, Mia Farrow's son who she recently revealed to (probably) be Frank Sinatra's son. Baldwin is a consistent draw and Farrow is the new flame for our moth-like curiosity; MSNBC basically struck gold here. But while they're going to undoubtedly pull in big viewerships for the network, we can't help but notice one thing: Even with this new blood, MSNBC is still something of a sausage fest.

Looking at the network's lineup of 25 different shows, only five of those programs are hosted by women. And while Rachel Maddow and Andrea Mitchell are big voices in the news and commentary community, having them present in the line-up doesn't undo the fact that there's a huge disparity here. It's understandable that MSNBC wants to focus on immediate gain — hello, celebrity (or offspring of celebrity) hosts — and Farrow and Baldwin are both more than qualified to host their respective shows, but it makes us wonder how much of a priority representing the sexes is to MSNBC and other 24-hour news networks.

CNN leans heavily on Amanpour and Erin Burnett Out In Front for its lady-led news programs while CNBC puts stock in Suze Orman and Maria Bartiromo. Pulling a little ahead of those networks is Fox News, which is working with a similar ratio to MSNBC: Six of their 26 programs are hosted by women including Gretchen Carlson, Greta van Susteren, and Megyn Kelly. There's no shortage of evidence that there's a disparity between women hosts and men hosts in cable news.

So while the prospect of Farrow and Baldwin hosting a series is exciting — Baldwin has been delighting us with his NPR news commentary program Here's the Thing and Farrow is an accomplished journalist, human-rights activist, and lawyer whose perspective is invaluable — is it so wrong to expect that MSNBC and its fellow networks finally step up their game and hire some incredible women to balance out their heavily male schedules?

More like this
UK Viewers Will Have To Wait To Watch The Handmaid’s Tale S5
By Maxine Harrison
15 Offensive AF Jokes In 'Friends' That Really Aren't OK
By Tolly Wright, Bustle Editors and Meguire Hennes
Women Around The World Are Cutting Their Hair In Solidarity With Mahsa Amini
By Darshita Goyal
Paul Mescal, Man Of Mystery
By Samantha Leach and Heather Hazzan
Get Even More From Bustle — Sign Up For The Newsletter