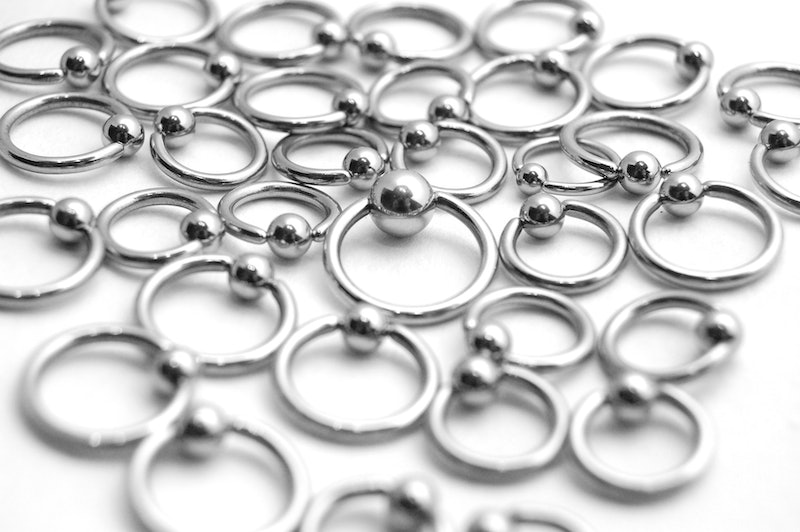 Younger generations have been pioneering mainstream body modification in the form of tattoos and piercings for decades — but would you think to describe your ink or earring-clad lobe as mutilation? The National Health Service thinks so, now claiming that vaginal piercings qualify as female genital mutilation in accordance with guidelines set by the World Health Organisation. “While there are challenges in this area and adult women may have genital piercings, in some communities girls are forced to have them. The World Health Organisation has quite rightly defined this as a form of FGM,” said a spokesperson for the Department of Health. “Forced” seems to be the keyword here.

“We are taking every precaution to record genital piercings that have been done within an abusive context,” said the spokesperson. “The new data collection will help build a picture of the scale and the nature of the problem we are facing. We are continually working on ways to improve and develop the NHS response to this terrible practice.”

As the Telegraph points out, FGM constitutes any “illegal practice where women and girls’ genitalia are cut or mutilated in the name of tradition, religion and culture.” But where does elective body modification as an extension of identity intersect with cultural abuses and violence against female bodies? FGM is an atrocity carried both overseas as well as within American communities, whose victims numbered as high as 507,000 in 2013. Is it fair to those who’ve suffered horrific nightmares of crimes against their bodies to conflate the two?

These are questions echoed by unions who also believe that aligning FGM and vaginal piercings pursued as individual modifications undermines the ongoing fight against female genital mutilation. It also undermines a woman’s decision to adorn “intimate” piercings, while men are presently capable of adorning genital modifications. "Most responsible piercers won't do any intimate piercings on anyone under the age of 18," says Marcus Henderson, a spokesman the Tattoo and Piercing Industry Union (TPIU). "Now we're faced with a situation where men are able to make up their mind and consent to an intimate piercing where women are not."

Classifying women who have decided to adorn vaginal piercings independent of any cultural or social influence as victims is not only an affront to women who have suffered immensely as a result of horrific crimes against their bodies, but also to those women who have intimate piercings of their own accord as an extension of their identity. This is a gross overextension by the NHS, and furthers censorship of the female body under the guise of safety. Our bodies, our rules, fellas.