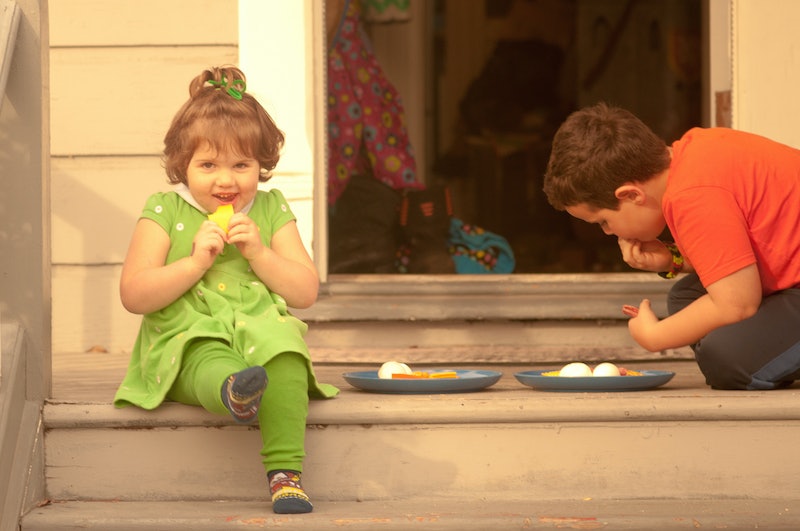 Your parents probably got a few things right while they were raising you — like how you shouldn't talk to strangers, or how algebra has no application in real life — but no matter how sharp they were, they probably still believed some old-fashioned health myths and old wive's tales that their own parents taught them. Try to take it easy on them about that; they grew up without the Internet, and thus are wrong about a lot of things. But you have grown up with Internet access, and thus have no reason to suffer due to generations of superstitions about the correlation between wearing a jacket and preventing a cold ... or eating a sandwich and drowning.

Usually, these beliefs developed in order to help parents control their kids before their kids were mature enough to understand the reasoning behind certain parental rules — for instance, doctors have theorized that the idea that reading in the dark hurts our eyesight was actually created in order to prevent kids from staying up reading after bedtime.

Well, now you're a grown woman, and you can stay up past everyone's bedtime. But is there any truth in the weird health beliefs your parents told you while you were growing up? Do you genuinely need to bring a hat? Will you legit drop dead if you try to do the backstroke directly after eating a hot dog?

Read on, as we examine nine tall health tales your parents told you while you were growing up. Are you going to just read this with your hair wet like that? You're going to catch your death of cold!

Claim #1: "If You Go Outside Without A Coat, You'll Catch A Cold"

Colds and pneumonias come from viruses, not a strong breeze. However, some research has suggested that feeling chilled might make us more vulnerable if we already have a virus in our system. Low temperatures can cause blood vessels to constrict, allowing fewer healthy white blood cells through your blood stream, which in turn can allow your virus to run wild. So skip the coat at your own risk — but if you do end up getting stick, at least feel smug in the fact that your going out without a coat didn't make you sick; it just made your illness worse.

Claim #2: "It Takes Twice As Many Muscles To Frown As It Does To Smile"

It takes 11 muscles to frown and 12 to smile, according to University of Chicago surgeon David H. Song. However, the number of muscles engaged don't necessarily account for which facial expression takes more effort — supposedly, the muscles used in smiling might be more toned because we use them more often. But also, hey, you're an adult now, and you only ever have to smile when you want, so screw it — use as many or as few muscles as you like.

Claim #3: "All That Sugar Is Bad For Your Skin"

Sadly, even though those talking M & Ms seem super friendly, they don't have your best interests at heart. Sugar causes your body to produce more insulin, which can inflame your skin, resulting in acne or other skin weirdness.

Claim #4: "If You Crack Your Knuckles, You'll Get Arthritis"

Though the sound of cracking knuckles certainly sounds like you're ripping your joints apart, it's actually only the sound of bubbles bursting in your synovial fluid — the liquid that lubricates your joints. When you bend or pull on your fingers at the joint, you create pressure that eventually pops those bubbles, leading to a grotesque sound that might alienate your desk mates at work — but it won't give you arthritis.

But people who crack their knuckles do have higher incidences of swollen hands and weaker grip strength, so even if you don't care about the appalling noises coming out of your digits, you might still want to reconsider the habit.

Claim #5: "Reading In Dim Lighting Will Ruin Your Eyes"

Your eyesight can worsen (or "undergo crappification," to use the scientific term) over time due to a wide variety of factors, including genetics, eyeball shape, and eye health — but reading in dim light isn't one of them.

But weirdly, reading in dim light can make you feel tired in general — the darkness of the room will dilate your pupil, which in turn will make your depth of field smaller, and the extra effort needed to focus your vision can make your eyes and body feels tired.

This piece of common knowledge has been around since at least 1574 — a period in human history when people believed that a human woman could give birth to a littler of rabbits — so it shouldn't be surprising that this advice not exactly rooted in fact. In reality, starving yourself is never the way to heal an illness.

Your body needs energy to fight a cold, and it also needs calories to cope with a fever, since fevers increase our metabolism. Basically, there is never a good reason to stop eating food when you're sick. Or when you're healthy. Ever. Even for five minutes (trust me, I'm a food doctor?).

Claim #7: "Don't Eat Your Food Too Quickly! It's Unhealthy"

Your mom was probably just trying to keep you from choking on an unchewed piece of brisket when she told you this, but she was actually on to something. Eating quickly has been linked to indigestion, overeating, and acid reflux. One study found that eating a meal in five minutes instead of 30 doubled the eater's risk of an acid reflux attack, as the large amount of undigested food in the stomach forced the body to produce excess stomach acid.

Claim #8: "Wear A Hat Or You'll Lose 75 Percent Of Your Body Heat Through Your Head!"

Though this myth was propagated by a U.S. Army Field Manual — which claimed that 40 to 45 percent of body heat is lost through our heads when they are uncovered — the reality is that we only lose seven to 10 percent of our body heat through our heads. So please, only feel compelled to wear a knit hat if you feel chilly, or if you need to blend in at a Dave Matthews Band concert.

Your dad and Cher Horowitz both believe that the way you sucked down frappuccinos in high school is what kept you from being 5'10" (like Cindy Crawford). But in reality, caffeine doesn't stunt your growth — that idea was actually introduced into the public consciousness by an ad campaign for an early 20th century breakfast drink called Postum.

Children at the time often drank coffee, so Postum — a coffee competitor — claimed that coffee was bad for children's health. So if you're short, blame it on your parents and their weak-sauce height genes, not Starbucks.

Claim #10: It's Unhealthy To Eat Standing Up

If your parents told you it was unhealthy to eat standing up, they were only a little bit right: though people who eat standing up were shown in some studies to eat more than people who ate sitting down, standing eaters weren't at greater risk for indigestion or other digestive issues.

Claim #11: "Wait An Hour After Eating To Swim, Or You'll Cramp Up And Die"

The dangers of swimming right after you eat have been highly exaggerated; worst case scenario, you'll feel a little cramp — which isn't pleasant, but will hardly lead to your death at a neighbor's barbeque (as your parents might have claimed). No deaths have ever been reported from getting into a pool immediately after eating a meatball sub, so this summer, eat and swim, swim and eat — hell, eat while you swim. Who's gonna stop you?

More like this
Got Brain Fog? Here Are The Best Supplements For Memory & Cognition
By Carolyn Steber
This Psychological Effect Might Be Keeping You From Hitting Your Goals
By Lexi Inks
The 5 Best SLS-Free Toothpastes, According To Dentists
By Amy Biggart and Danielle Calma
The Spiritual Meaning Of Angel Number 000, Explained
By Kristine Fellizar
Get Even More From Bustle — Sign Up For The Newsletter