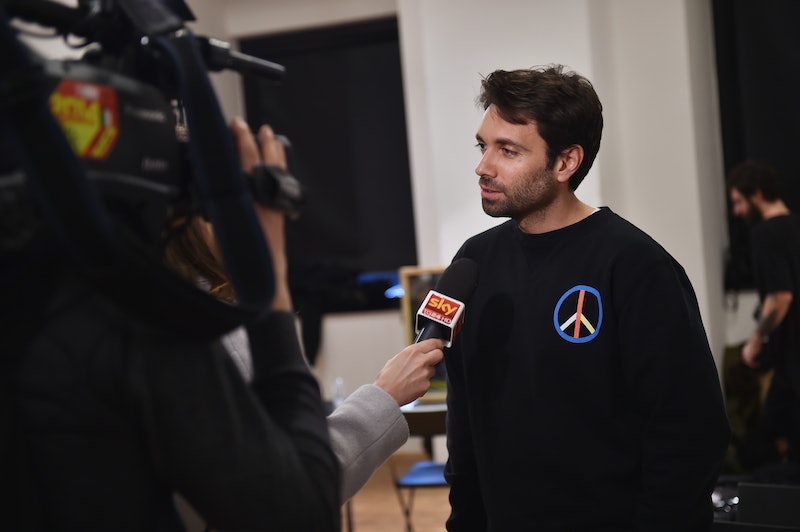 It has just been announced that Massimo Giorgetti will be Emilio Pucci's new Creative Director. Now that Peter Dundas has returned to his roots at Roberto Cavalli, it makes perfect sense that Giorgetti has been chosen for the job. Some might even say that it has been a long time coming. I could not be more thrilled! The fashion designer will continue to design for his own brand, MSGM, as well as Pucci. Massimo Giorgetti's first collection for Pucci will show in Milan this coming September.

If you aren't as excited about this big announcement as I am, here are 5 reasons why I absolutely can't wait for Giorgetti's first collection for Pucci at Milan Fashion Week.

1. Massimo Giorgetti is a proud Italian

It's just like Italians to keep it in the family. Emilio Pucci came from one of the most well known families in Florence, Italy. Massimo Giorgetti was born in Rimini, Italy. Although I am only Italian by my heritiage (and one hundred percent, in fact), I still understand that there is a certain level of national pride when an Italian fashion house puts an Italian designer in the position of Creative Director. It's kind of like not being able to go to an Italian restaurant and order the ravioli because you know its not your gradmother's. I don't know how else to explain it! It's just an Italian thing, no matter what soil you stand on.

2. He used to work in retail

Massimo Giorgetti worked in some of the most important boutiques in Rimini before he became a major fashion designer. That means he knows what sells and what women find to be wearbale. Giorgetti had also originally studied accounting and worked as a DJ for a while. Giorgetti has a lot of different life experiences to bring to a new collection. He really seems to be a "Designer for the People" to me.

3. He is known for experimenting with colors and prints

Emilio Pucci's clothes are synonymous with geometric prints and kaleidoscope colors. Pucci's most iconic and whimsical patterns were influenced by the Greek ruins of Sicily among other major Italian inspirations. Pucci had said, "I am convinced that Italy offers an inexhaustible variety of motifs and I have tried to transfer on textile its most signifigant elements". While I am sure Giorgetti will have his own inspirations, it goes without saying that his designs are still full of print and color.

4. He is influenced by indie music

The name of Massimo Giorgetti's own brand is inspired by two of his favorite bands, MGMT and The Strokes. I truly believe that music and style are such personal things, so when you buy a piece that's designed by Giorgetti, it feels that much more special.

5. He has both respect and innovation

MSGM is known for mixing "tradition with a sense of detachment and revolution...". I think that is just what the Pucci Fashion House needs to move forward. With Massimo Giorgetti holding the reins, I think we are about to see some beautiful new things. It won't be something totally and completely different, but still, I think Giorgetti definitely has the innovation and courage to tell a new story. I can't wait to see it!

More like this
Everything You Need To Know About Ephemeral Tattoos
By El Hunt
How To Get Your Hands On The Pat McGrath X Supreme Nail Kit
By Justine Knight
Prefer Alcohol-Free Perfumes? Water-Based Fragrances Are On The Rise
By Audrey Noble
12 Absolutely Angelic Cherub Tattoo Designs
By Paris Giles
Get Even More From Bustle — Sign Up For The Newsletter