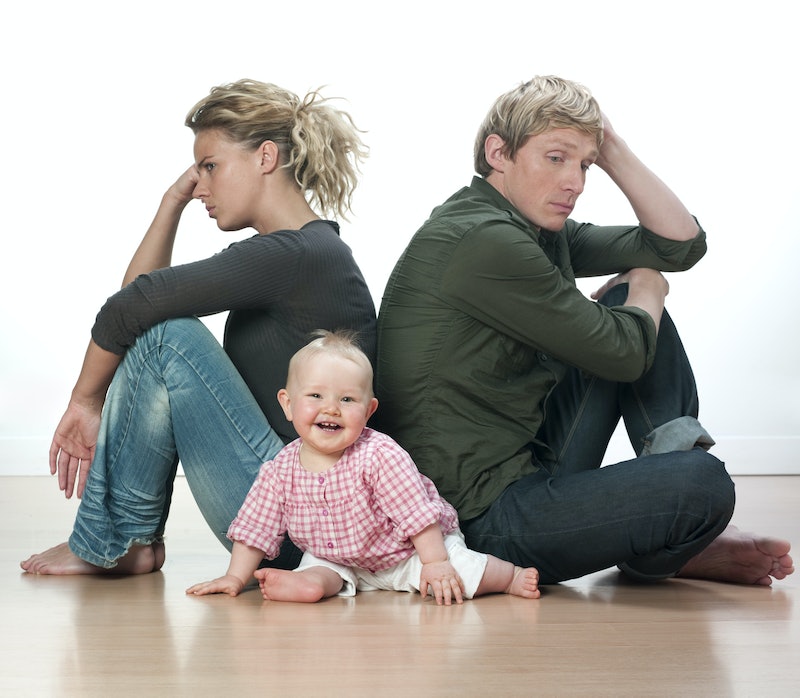 Are you one of the few people with your mother's surname? According to one survey, only 18 percent of women have a different last name than their husband and children. Only about half of these women are happy with the situation. For the other half, feelings of exclusion and frustrated feminism prevail. "I'm kind of the tagalong with a different name," says one mom in the survey.

Writing for the Guardian, Lauren Apfel rightly points out that the prevalence of giving children the father's surname is the embodiment of patriarchy — literally, "the rule of the father" — and its emphasis on male lineage. Apfel also points out that we use the same excuses as previous generations of women to justify giving our children their father's name: "My husband cared more than I did, his mother and/or father would be devastated, his name is prettier than mine, it was the 'right' (read: traditional) thing to do."

If you choose to keep your own surname but let your kids take dad's, be prepared. Prepared for confused looks at airport security and daycare workers calling you by your children's surname. Only 4 percent of families give children their mother's name. But in these families, the father may feel left out. 2 percent of families give their children both last names. This, though, can be troublesome for children, who often have to choose one name or the other to avoid administrative hassle and the headache that comes if they have kids with someone else with a hyphenated surname — four hyphenated last names can get to be a bit of a mouthful.

Whether we attribute traditionalism or convenience, we largely give children their father's name because that's what everybody does. It's simpler, and there's less thinking and administrative hassle involved. If we'd been giving children their mother's name for the past few millennia, we would still be doing it without a second thought today. A huge part of feminism is approaching such traditions with a critical stance, and recognizing that what has been acceptable for the people before us might not float our boat. Although surnames might seem like a trivial way to get at this, it's a perfect everyday example that everyone has to deal with. Equality can often starts with the smallest things.

More like this
At 28, Melanie C Was Falling In Love & Reclaiming Her Confidence
By Olivia-Anne Cleary
How To Politely Reject Someone Who Keeps Asking You Out
By Laken Howard and Lexi Inks
It's A Pleasure #53: Help! My Boyfriend Won't Tell Me Why He Stopped Going Down On Me
By Sophia Benoit
10 Ways To Be More Empathetic To Your Partner
By Raven Ishak and Lexi Inks
Get Even More From Bustle — Sign Up For The Newsletter