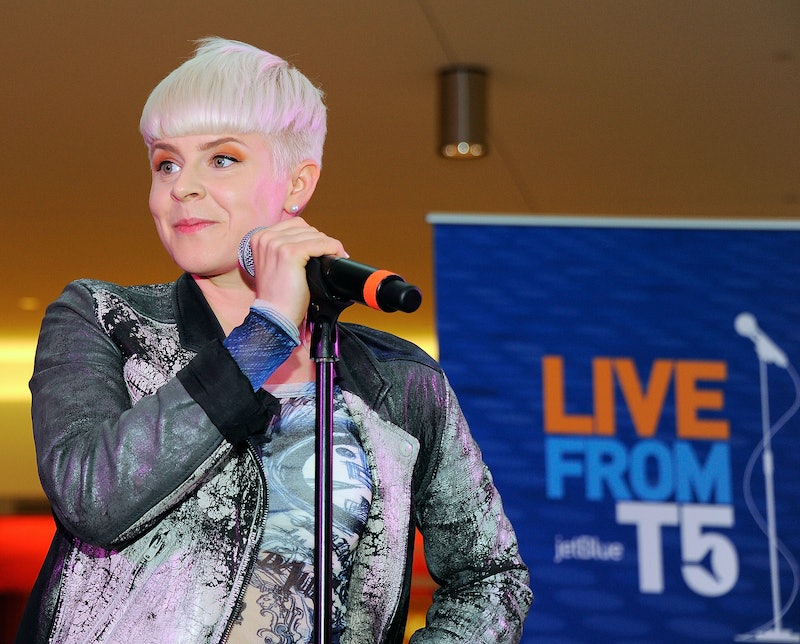 I'll confess that I've never been a huge Robyn fan — generally I can take or leave her music — but the Swedish pop star's latest venture is definitely something I can get behind: Robyn and Sweden's Royal Institute of Technology (KTH) have teamed up to host Tekla, a day-long tech festival for teenage girls interested in STEM subjects. The event will take place on April 18, and you guys? I have never wished I lived within easy travel distance of Sweden more fervently before in my life. Or that I was still in the 11-to-18 age bracket. This thing looks like it's going to be awesome,

It's no secret that STEM fields are sorely lacking in women. Contrary to popular belief, however, isn't because women are somehow “not interested” in STEM or “not equipped” to deal with it; indeed, recent research conducted by the American Psychological Association actually revealed that girls are better at math and science than boys. Rather, it's the sexism that pervades STEM industries that continues to be a problem, as Everyday Sexism noted on Ada Lovelace Day — and perhaps even worse, we've seen plenty of evidence that the difficulties women face in STEM begin at an early age. Everything from stereotypes that “science is for boys” to a lack of general support can often prompt girls to drop out of STEM studies when they're still young.

But there's a bright side: Individuals and organizations have finally started stepping up to the plate in an effort not only to encourage girls' interest in STEM fields, but also to keep fueling that interest as they continue their studies — even in the face of adversity: Organizations like Girls Who Code, who work to inspire girls to take up programming and other computing skills; projects like Women@NASA, which celebrates the numerous contributions Sally Ride and other notable women have made to the organization; and even toys like GoldieBlox and Jewliebots, which give girls the tools they need to explore the world of engineering and how things work.

Now Tekla has joined these and other important voices and organizations to fight the good fight for girls in tech. According to The Verge, Tekla will be held in Sweden's capital city of Stockholm; geared towards girls between the ages of 11 and 18, it will feature workshops on programming, robotics, game developing, 3D printing, and more. Said Robyn in a statement, “Tekla is a festival for girls, in which they get to sample different areas of future technology it what I believe will be a fun and imaginative environment.”

Back in 2013, KTH awarded Robyn their Great Prize. Each year, the institute honors “a person who, through epoch-making discoveries and the creation of new values by ingenious applications of findings gained on the practical aspects of life, promotes Sweden's continued material progress, or a person who by means of scientific research has discovered particularly valuable principles or methods which are useful for applications, which promote the above purpose, or a person who through artistic activities 'exerts a powerful influence particularly on the spiritual life of her own people'”; Robyn generally falls in that last description, although her use of technology in IT, audio, and video also contributed to her win. Pitchfork reports that Tekla grew directly out of this honor, too, so it's awesome to see her using her powers for the forces of good.

The website for Tekla is (of course) in Swedish, so alas, I can't really tell you much about what's on it; it does, however, look pretty snazzy, so go ahead and check it out anyway if you like. And if you happen to speak the language, do let me know what kinds of fun things it has on it — Google Translate can't really do much with it, since it's much more elaborate than just plain text on a plain background.

Tekla will be going down on April 18 — oh, and as an added bonus, Robyn will also be performing at it. STEM fun... danceable music… sounds like a fantastic time to me!