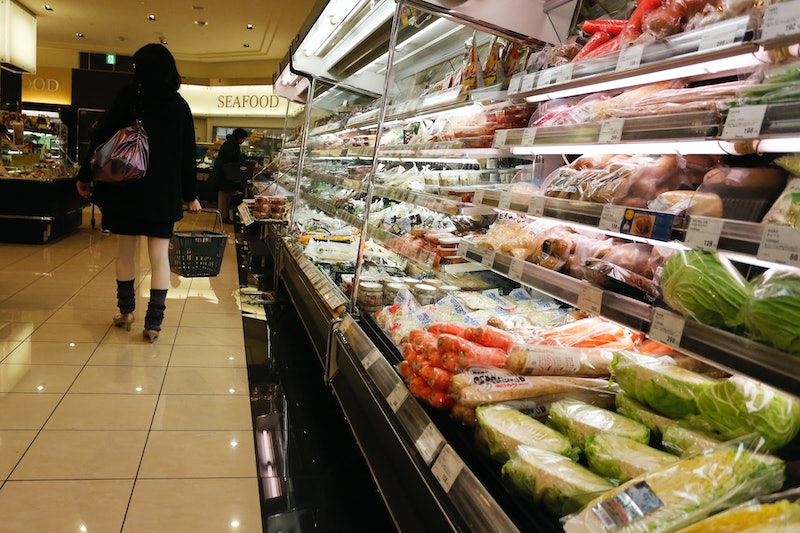 Ever wondered why the shelves at your local grocery store are so, well, dumb? No, us neither, but Mondelez International — formerly known as Kraft — has a plan to change all that, starting with embedding little sensors and data analytics into those humble shelves. These will track the demographic data of passing shoppers — your age, gender, height and weight — to profile the audience of Mondelez' snack-food, which ranges from Ritz to Chips Ahoy, Oreos, and Toblerone. The "smart snack shelf" will have weight sensors to tell when you pick up a snack, and if you were undecided, it'll bombard you with coupon information, an advertisement for the snack, and so on.

The intelligent shelves are set to hit grocery stores by 2015, in Mondelez's latest effort to target junk food directly at the consumers who want to eat it. (Which is, let's face it, everyone.) Smart shelves, according to the Wall Street Journal, are the latest example of "Internet of Things" technology, which is the actual name for sensors that monitor a target audience, and then advertise specifically to the consumers most likely to buy it. It's been speculated that this technology might ultimately make its way to subway stations, for example, so that when you walk through "smart tunnels," the ads register your basic demographic information and curtail their bombardment of ads directly to you.

Let's say you're a teenage boy. You're be wandering through the snack aisle of your local Safeway, thinking broodily about adolescent-boy things. The sensors would register you as a teenage male of average height and weight. Suddenly, the shelf lights up with discounts to gum and chocolate bars, which market research indicates you're likely to want to buy, and a screen advertisement nearby starts running an ad for Lynx deodorant. You're freaked out. You run away. Except, in five years' time, this could be the norm, and it probably won't even send you running anymore.

Said Mondelez' chief, somewhat ominously: "When people walk by, it’s a missed opportunity. We must know how the consumer behaves in the store." (We thought that walking by a snack aisle was a great opportunity, but what do we know?)

So far, Mondelez is the only food manufacturer to pick up on the technology, but if it proves to be a successful move for the company, other industries will likely follow. And from there, we're two steps away from this clip from Minority Report: