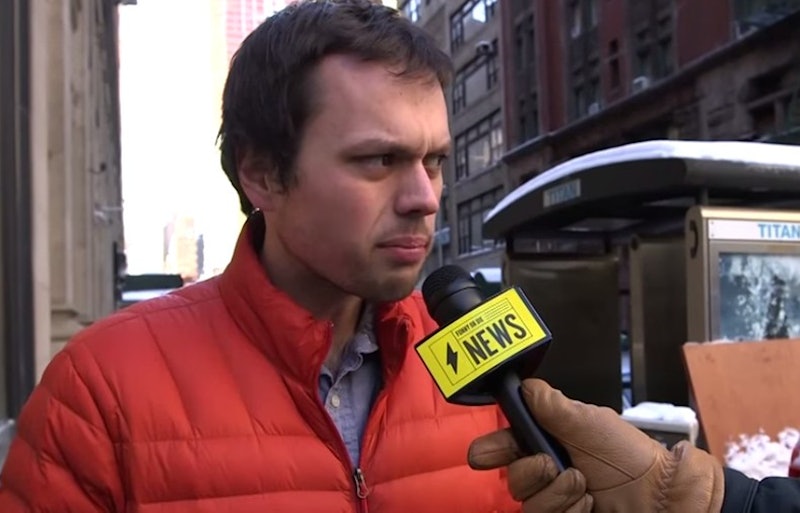 Earlier this month, retired neurosurgeon and presidential hopeful Ben Carson answered a question that has been gnawing at society for decades: Is being gay a choice?

Absolutely...because a lot of people who go into prison go into prison straight and when they come out they're gay. So, did something happen while they were in there? Ask yourself that question.

Oh. While we're asking ourselves that question, Dr. Carson, I also want to ask how many episodes of Oz you watched before reaching this highly scientific and important realization. (I'd love to see your diary entry from that day.) I'd also like to ask how someone intelligent enough to become a neurosurgeon can possibly think that "cuz prison butt secks!" is a cogent or convincing argument against sexuality being innate.

Carson has since apologized, stating:

“I deeply regret my statement and I promise you, on this journey, I may err again, but unlike politicians, when I make an error I will take full responsibility and never hide or parse words.”

which basically translates to:

"every time I'm gaining momentum, the liberal press says, let's talk about gay rights — and I'm just not going to fall for that anymore."

Lest you think I made that last bit up — it is from a radio interview with Conservative darling and a real life John Hughes villain Sean Hannity. So he'll never hide or parse words...because he's just not going to be saying those words anymore. Great strategy, dude.

Anyway, the perennial "let's make hilarious lemonade out of horribly rotten lemonade" people at Funny or Die News decided to take Carson's statement as an opportunity to ask New Yorkers when they "chose to be gay." This one is just for you, Dr. Ben...

The full super funny video is below. I hope next time we can explore why the earth stubbornly insists on being round!