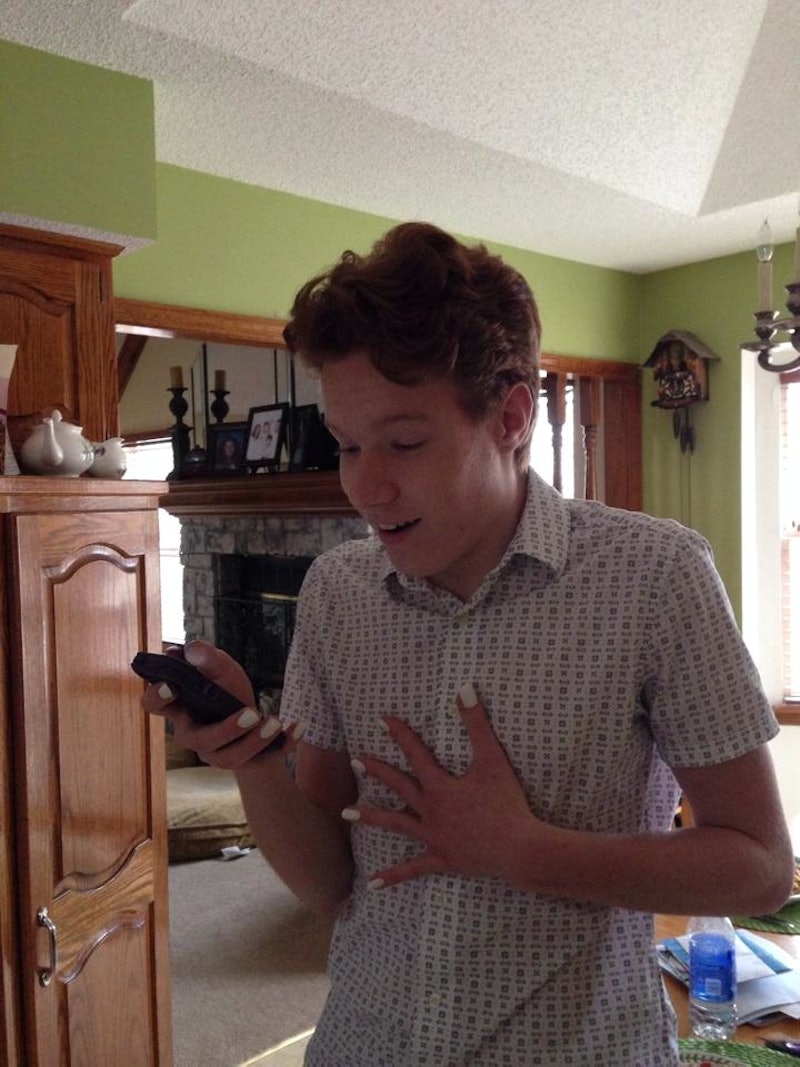 All Morgan Ball wanted to do was dress up for his 17th birthday. And that's exactly what he did on March 13, putting together a unique outfit complete with a black shawl, corset, and leather gloves to school. Little did he know at the time that what he wore to school would eventually spark an international campaign against discrimination and that it would make Katy Perry send him a supportive tweet that just about made his entire year.

"My idol Tweeted me," Ball wrote. "I'm in shock!! I love Katy Perry!!!!" The young man made headlines last week after he wore an outfit that school officials deemed disruptive, which led to the assistant principal asking him, "Do you have any gender identity issues?" His school shaming prompted Ball to post his birthday outfit on Twitter and sharing his story to the entire world. With the support of his close friends, the campaign #ClothingHasNoGender was born and immediately went viral. Soon, the teen's account was flooded with support from all over the world, from other kids who have been harassed for wearing clothes that others think is made for the opposite gender, to other victims of bullying of all ages.

Since the campaign launched, Ball's school has since apologized and met with him to help change the dress code policy.

But the highlight of Ball's birthday happened Friday night when his pop star idol sent him a sweet message via Twitter, supporting his #ClothingHasNoGender movement. "Saw your story @MogonoloBall and wanted you to know that I'm standing with you in spirit on Monday," Perry wrote. "Also lemme borrow that shawl!"

Here's a Twitter timeline of Ball's encounter with Katy Perry, starting with his original post about his birthday outfit:

After the #ClothingHasNoGender campaign began trending worldwide, fashion designer Jeremy Scott reached out to the teen:

And two days later, she sent him this Tweet:

Image: Clothing Has No Gender/Facebook