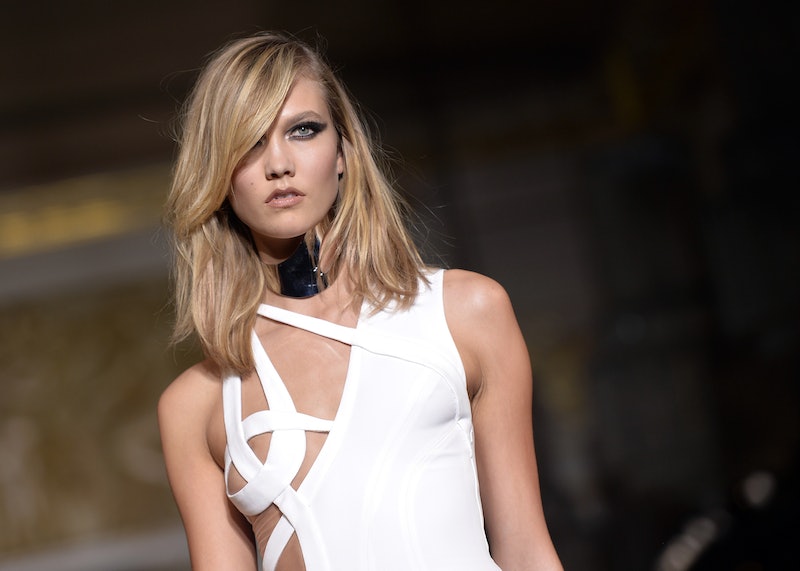 Karlie Kloss is taking the world by storm. From a quick stunt as a Victoria’s Secret Angel to her adorable best friendship with Taylor Swift, Kloss and her long legs are literally everywhere. And now, she is crossing over to the music world with her music video debut. Kloss is the star of Chic’s new video for “I’ll Be There,” in which she dances around in her underwear in a way that only a supermodel can do.

The 22-year-old stunner starts the music video in a red, cropped sweatshirt, a pair of black undies and white tube socks, where she writhes around on the floor, doing some moves that look like they are straight out of an old school exercise video, jamming out to the music and playing with vinyl.

As the video progresses, she starts getting dressed to go out to a disco, trying on a slew of 1970s-inspired garments and looking like she’s having the absolute best time of her life. She tries on an off-white knit dress before slipping into a skin-tight sequin minidress, and eventually leaving the house in the chicest, Soul Train-inspired white jumpsuit by Atelier Versace that she wore in the Spring 2015 show. So much clothing envy.

Kloss shared a few sneak peeks of the video on her Instagram before the full version was released on Nile Rodger’s Facebook page last night. You have to admit, Kloss does a good job of making the typically arduous process of getting ready for a night out look incredibly fun.