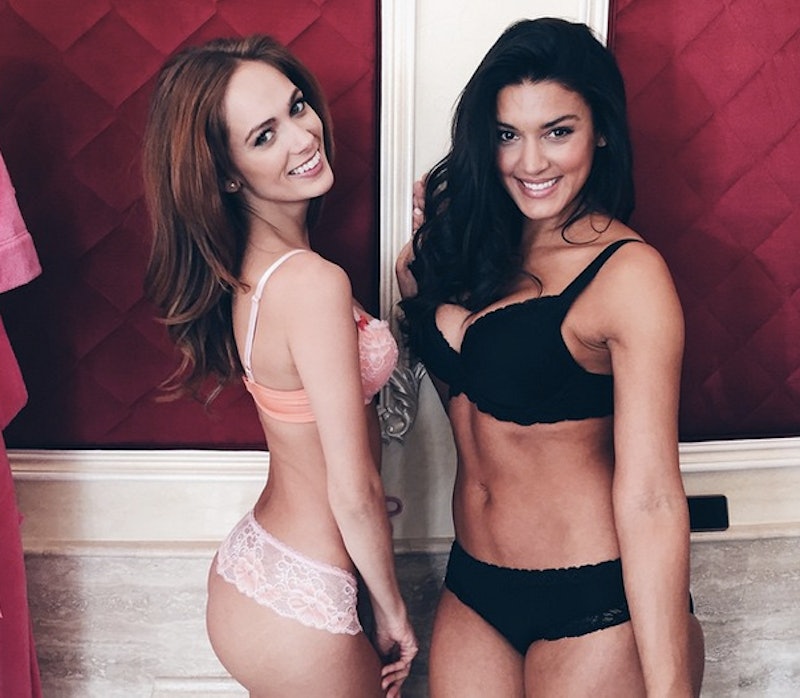 In the 1950s film Gentlemen Prefer Blondes, Marilyn Monroe woos men with her naïveté, batting her eyelashes and donning elegant gowns to win over the richest man in the room. Her costar in the film is Jane Russell — a brunette who believes that there is more to men than just what is in their pockets. Russell is just as stunning as Monroe, of course, despite that the title's implication alludes to Marilyn alone, who is undoubtedly known for her blonde tresses. Nevertheless, studies prove that while we might see more blonde-haired women in the media, with Monroe often found on posters covering the walls of any Millennial, the demand is actually for the opposite. A recent study shows that women actually prefer brunettes when it comes to buying lingerie.

According to Refinery 29, New York–based lingerie site Adoreme.com conducted the study via its first national TV commercials earlier in the year. The three-year startup reportedly ran three commercials on cable channels, such as Lifetime, Bravo, and MTV of three different body/hair color combinations — one blonde-haired model, one plus-sized brunette, and one with multiple brunettes. The results showed that the commercial featuring the plus-size model quadrupled online sales while the spot with blondes didn't render such heightened results — proving that relatable women with relatable bodies win every time. Additionally, the commercial featuring brunettes didn't include any image retouching — a point that should be noted as the controversy with Photoshopping continues to stir.

That's not to say, of course, that blonde hair doesn't have its rightful place. From Jourdan Dunn to Beyoncé, Idina Menzel to Christina Hendricks, it's clear that the switch to blonde is quite the statement for a big hair transformation, and equally fierce. But while gentleman might have preferred blondes in the '50s, women have definitely shifted this narrative (as our girl power often prevails) and this new study is only a slice of proof. After all, Marilyn Monroe was technically a brunette, too.

More like this
The 6 Best Bangs For Round Faces, According To Stylists
By Jordan Murray
20 Ombré Box Braids To Get You Out Of A Hair Rut
By Natasha Marsh
5 Facts About Tapered Haircuts To Consider Before You Make The Chop
By Audrey Noble
TikTok's "Would I Look Good With Short Hair?" Hack Is Genius
By Olivia Rose Ferreiro
Get Even More From Bustle — Sign Up For The Newsletter