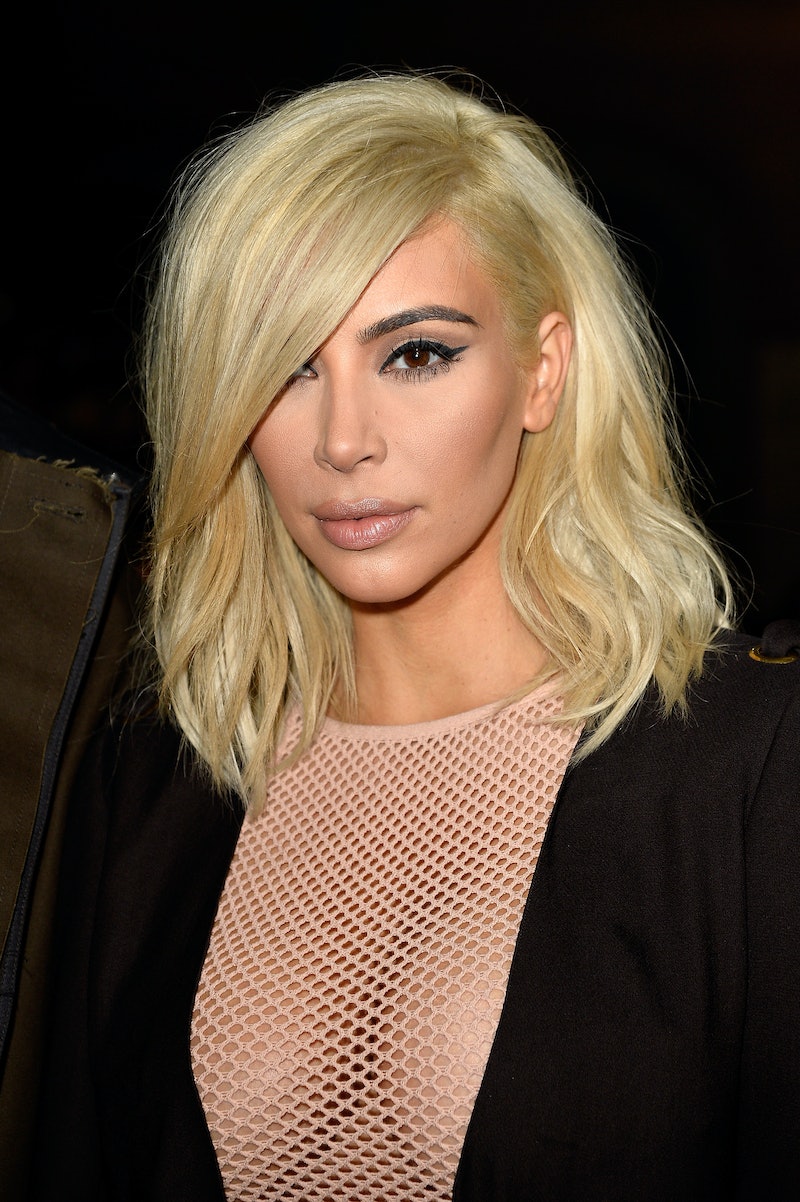 Is it conceivable that newly sandy-haired person Kim Kardashian is sick of being blonde already??? Judging from a snap she posted on the set of a recent photo shoot, it would appear that Kim Kardashian is a brunette again. Oh no, JK, she's actually just wearing a really convincing wig.

On Friday, Kardashian posted a photo of herself with noted photographer Ellen von Unwerth in which she was noticeably not blonde. The photo, captioned "on set a few days ago with the amazing @ellenvonunwerth," was not hash-tagged as a Throwback Thursday, and thus gave us no reason to believe that it was from Kim's former life as a brunette. My confusion knew no bounds. Was she not blonde a few days ago? Has she not spent boundless time and energy to maintain the color integrity of her cornflower lob already? Plus, her hair has been blonde for basically a hot second. Why in the devil would she turn back now???

As it turns out, this was merely a false alarm. A source of People StyleWatch says that the extremely realistic-looking brown hair is a wig. Furthermore, the wig is reportedly a work-related wig and not a recreational wig. The source said Kardashian's new-old look is supposedly for a campaign, and not the result of Kim mourning her brown hair. One less thing for you to lose sleep over tonight.

Let me repeat: That is fake hair. Albeit, an extremely plausible head of fake hair, but fake hair nonetheless. The photo below, posted by Kardashian's friend and makeup artist Mario Dedivanovic, shows a person whom we can infer is Kardashian on the aforementioned shoot. Again, she is sporting the supposed wig.

Despite appearances, we can infer that Kardashian is still a blonde person at the moment. However, it seems possible that she'll eventually renounce her current look for her old one. As People reports, Kardashian supposedly said of her Elsa hair: "It’s a fun look, but I’m not sure how long it’ll last — but a fun break for now." And so goes the familiar refrain of dramatic hair changes. In most cases, it's usually only a matter of time before one returns to their OG locks.