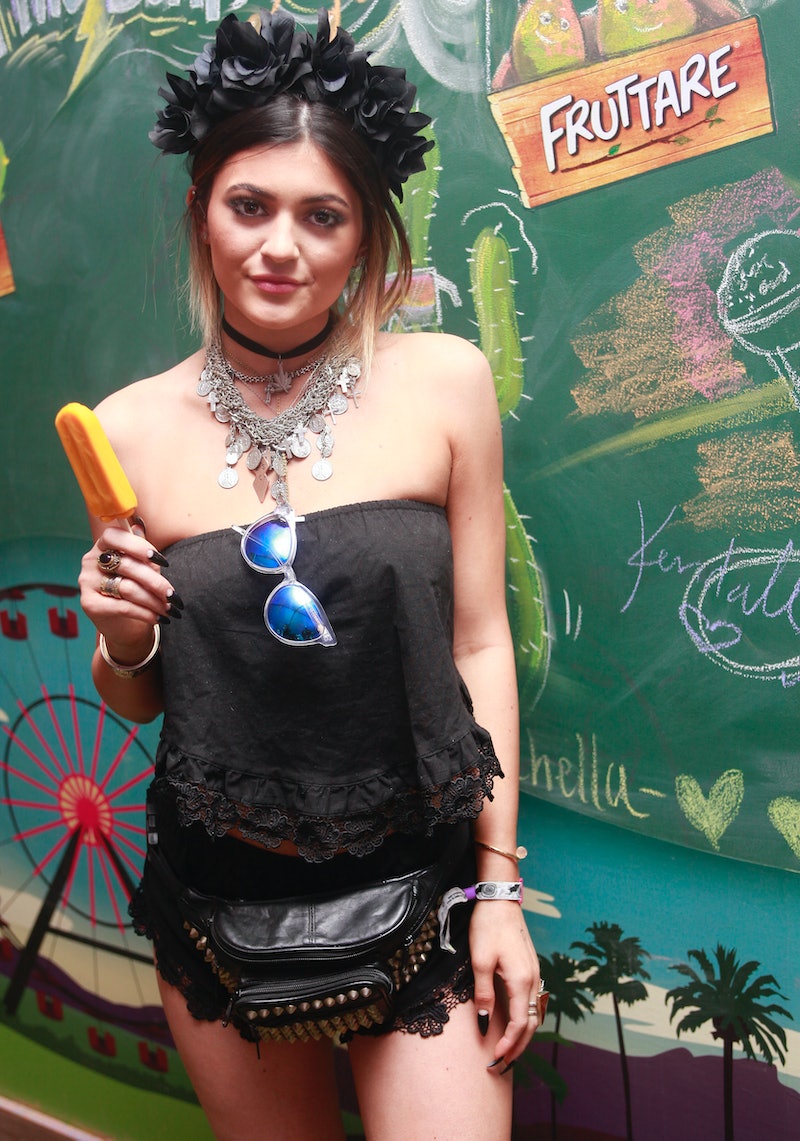 North West might only be nearing two years old, but she has made quite an impression on the fashion scene. We could go through the list of couture designs in her closet that far supersede any amount you could have ever imagined being in yours; and we can talk her being a frequent frow attendee at Fashion Week. But no need to wax poetics when you already knew that, seen that, and added her to your #ootd inspiration board on Pinterest. Nevertheless, while us fans of the tot maintain our distant swooning over her looks, those even closer to her are equally inspired. Take, for example, her aunt, Kylie Jenner, who says that North West undoubtedly inspires her style.

According to Now, Jenner revealed in an interview with Westfield's Vue Cinema in London that she is inspired by the entire West family, but little Nori takes the cake:

"I like to keep it in the family. Kim and Kanye have the best style, but North West inspires me the most."

Touché Kylie. Touché. That's not to say that Kylie doesn't have a style of her own, with her green tresses and lips that keep everyone a wondering, but clearly the inspiration is there. By now it is well-known that Kanye West is Kim Kardashian's stylist, redoing her wardrobe completely so that she can complement his looks, which actually doesn't change much. However, it should be noted that North was rocking the comfy look — leggings and tees — before her pop decided to take on the gym teacher style he has recently been rocking. Additionally, North recently switched from Doc Marten's to Adidas Stan Smith's, which might be in support of her dad's newly released collaboration with Adidas.

As her dad continues his battle to win over fashion, Nori will most likely continue to inspire us with her adorable style and equally cute logic (seriously, why haven't we ever thought of taking a cruise on our luggage through the airport?).

More like this
Kylie Jenner Goes Into Labor & Welcomes Her Baby On 'The Kardashians'
By Jake Viswanath
Kim Kardashian Wore 3 Different Outfits Yesterday & They're All So Good
By Dominique Norman
These Are Kylie Jenner's Best Paris Fashion Week Looks... So Far
By Dominique Norman
7 ‘Ugly’ Trends Kendall Jenner Makes Look Cool
By Allie Fasanella
Get Even More From Bustle — Sign Up For The Newsletter