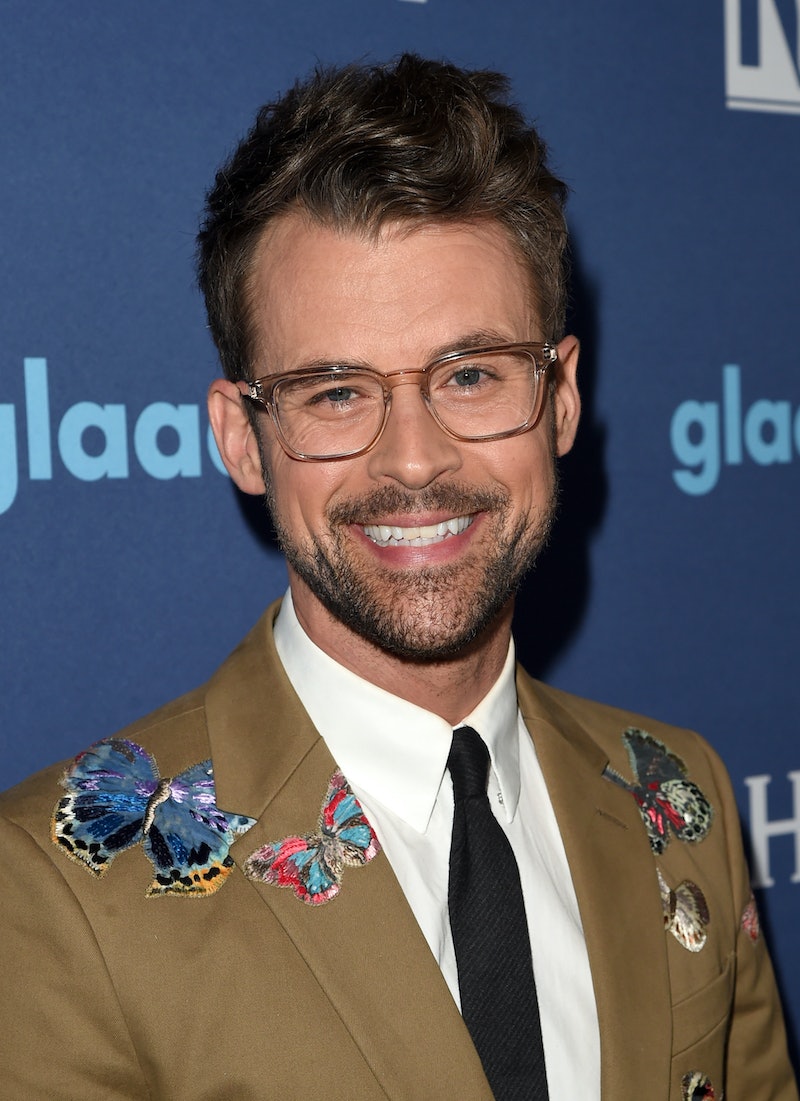 Well, somebody’s really getting into the spring spirit. Last night at the 2015 GLAAD Media Awards, Brad Goreski wore a suit with butterflies all over it. Unsurprisingly, the same strategy that your six-year-old self would use infuse a trapper keeper with personality totally works for menswear.

As a rule, the Fashion Police star’s fashion sense is generally pretty cheeky. Remember the bright yellow suit he wore a few years ago? How about the multicolored plaid one? The look that he wore on Saturday to celebrate the LGBT community was no exception. The bones of his suit were pretty regular. It’s a brown single-breasted skinny suit; nothing too out of the ordinary. But the screen-printed butterflies took the look to a level of whimsy thus far unprecedented in Goreski’s wardrobe. Hey, if you're gonna go HAM on your wardrobe, this particular award show is a pretty good choice.

Part of me thinks that the design process probably resembled the Portlandia “put a bird on it” sketch, in which Fred Armisen and Carrie Brownstein maniacally slap bird appliqués on various objects. Basically, I imagine Goreski showing up at Brownstein and Armisen’s Portland tailor shop in a sandy suit. In an attempt to turn said suit from drab to fab, they pummel Goreski with butterflies until his body is a collage of insects. Although the whole process is frenetic and seemingly insane, somehow, it works.

Gotta say, I'm pretty into it.