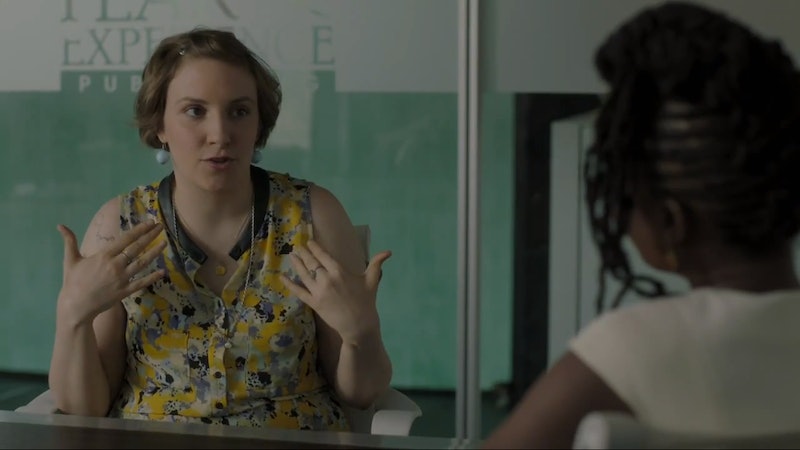 It's easy to throw around the word "narcissist" around without really knowing what it means: Whether you're talking about Kim Kardashian's selfie obsession, Madonna comparing herself to Martin Luther King, or Kanye West, er, just being Kanye, it's easy to forget that genuine narcissistic behavior is a recognized mental condition. Sufferers of what's called narcissistic personality disorder aren't just vain; they're grandiose about themselves to the point of obsession, charmingly manipulative, and often have a sociopathic lack of empathy towards others.

We still don't know where narcissism comes from: some psychologists link it to borderline personality disorder, others believe it conceals a serious lack of self-esteem (something self-aware narcissists themselves dispute), and still others have linked it with neglect as children. The newest study thinks kids who are over-praised but under-loved as kids are most likely to become narcissists — but we're still essentially groping in the dark.

Either way, understanding the origins of the disorder doesn't make having a relationship with a narcissist any more fun — and I should know. My ex was most definitely a narcissist, and the signals aren't something to take lightly: narcissists have a strong reputation for emotional abuse.

So if any of these 15 signs that you're dating a narcissist do pop up, please proceed with extreme caution — and remember, from someone who's been there, that famous charm may turn on you.

Check out Bustle's 'Save The Date' and other videos on Facebook and the Bustle app across Apple TV, Roku, and Amazon Fire TV.

1. They love being the exception to the rule.

Narcissists believe that they are literally above the law in every way. Their innate sense of superiority means that they regard boundaries as a challenge — Don't Speed On This Road, You Can't Go In There, This Is For Members Only — they get a lot of pleasure from manipulating their way past restrictions like that. Because, after all, why should the rules apply to them?

2. They don't care much about your feelings.

This is the really terrible bit about narcissists, and one I learned to my cost — they literally cannot care about your feelings. Other people, in the narcissistic universe, exist purely to serve their own grandiose self-image; it's difficult for them to understand that feelings exist, or to care if any have been hurt.

3. They have a major problem with authority.

My ex was once diagnosed with borderline personality disorder by a psychologist, and refused to accept the diagnosis because the doctor was "clearly less intelligent than them." This is pretty standard behavior: anybody who's in a "higher" position than a narcissist is either there to be challenged ("how dare they think they're better than me?") or, at best, is regarded as an equal. Either way, dominance over a narcissist? Not happening. Which brings us to...

4. They completely dominate conversations, even when they're about you.

A narcissist's conversation is always, subtly, a way to feed their ego. Whether it's through domination, aggressive opinions, or just talking all the time, you'll find it hard to get a word in edgeways — and even if the topic's about you, it's likely the bits of you that make them look better for dating you. You're a trophy, which can be very nice for your self-esteem, but pales after a while.

5. They are intensely charming and confident.

This is why so many people get into relationships with narcissists in the first place: they're absolutely charming and lovely ... when they want to impress you. Mine was the funniest, most exciting person in the room, and pursued me with great confidence (and a lot of drama, about which more later). They also take a lot of risks (because, hey, rules don't apply to them) and are fearless, which makes them great dates.

6. They perpetually challenge you (and not in the good way).

Dating a narcissist is basically a series of endless conversations where you express an opinion and they immediately jump on it. (This is partially where the emotional abuse bit kicks in: in my case, my ex loved pulling apart my memories and challenging my view of reality, which is a technique called gaslighting.) Particularly if they believe they're intellectually superior, they get a kick out of dismantling your thoughts and showing off how smart they are. It's annoying, to say the least.

7. They started out devoted, but have quickly become disinterested.

My ex once told me, "Of all the people I've ever taken classes with, yours is the only intellect I've ever respected." A truly spectacular compliment — and one I was bound, eventually, to fail to live up to. The source of that first charm assault? They think you might be perfect just like them, and want to impress you — but as it becomes clear you aren't, they become less and less interested.

8. Their reputation means everything to them.

When my ex was caught cheating on me and I told a few friends, the ex texted immediately — not to apologize, but to command that I stop telling people so as not to ruin their reputation. That's a pretty standard narcissist reaction. What people think of them, and the maintenance of the belief that they're superior, is pretty all-engrossing, and they will devote a lot of time and energy to it.

9. They think your emotions are a sign of weakness.

Narcissists don't do emotion. At best, they find your emotions confusing, and want to make you feel better because that makes them the "perfect" partner; at worst, they view them as outright confronting and annoying. Narcissists, according to numerous psychological studies, feel emotions only very shallowly, and view sentimentality as "weakness."

10. You feel like a character in their sweeping life drama.

Narcissists are always the heroes and heroines in their own life stories. Whether it's a gleaming rags-to-riches tale of their continual triumph over lesser challengers, or a Byronic struggle with their own brilliance and difficulties, you're always a side player. It's a phenomenon called narcissistic supply, which makes narcissists seek excitement and drama to give them access to admiration, adoration, and notoriety.

11. They have no respect for your boundaries.

See #1 — but double it when it comes to you. Any time you say "no" or set up a boundary on their behavior, it's just a red rag to a bull: they hate being told what to do. Sometimes that's OK, as it means they encourage you to do things you've never done before — but other times, it means your own personality and preferences get squashed.

For example, my ex made me eat McDonalds for the first time. I got sick, and have never touched it since.

12. They require constant control over you.

A narcissist out of control of a situation? Doesn't happen. This can lead to some hilariously House Of Cards problems where they're trying to manipulate everybody behind the scenes (narcissists are also terrible gossips). But they can't relax; they always need to be in charge of everything, from holidays to dates to life in general.

13. They believe everybody either loves them ... or is jealous of them.

To a narcissist's mind, it's impossible to have met them and not formed a strong opinion about them — generally adoration. Narcissists often believe, as my ex did, that everybody from past lovers to passing acquaintances is attracted to them. If they see that somebody dislikes them, things get nasty, and they proceed to "punish" the person and dismiss their opinion.

14. They have a history of infidelity and bad breakups.

This is a classic red flag. Narcissists will often come with a serious pattern of broken relationships and bad behavior, usually to do with infidelity. Faithfulness for a narcissist is a tricky thing: why would they give up on the affirmation of another person's approval just because of your feelings? What's the point?

15. They collect friends who idolize them.

A narcissist often has their "pack." Regina had her Mean Girls, and most narcissists will have people who are acolytes or minions, who fully believe the myth of the narcissist's superiority and go along with whatever they say. Friends are there to serve a purpose, whether it's getting the narcissist ahead, or providing positive feedback. A friend that challenges them might be initially seen as a good equal, but if they go too far, they're ostracised and bad-mouthed.

More like this
Why A Libra & Libra Couple Might Become Codependent
By Kristine Fellizar
Are Quality Time & Gift-Receiving Love Languages Compatible?
By Lexi Inks
The 19 Best Tweets & Memes About Bisexual Awareness Week
By Lexi Inks
These 4 Signs Are The Seductive Sirens Of The Zodiac
By Brittany Beringer
Get Even More From Bustle — Sign Up For The Newsletter