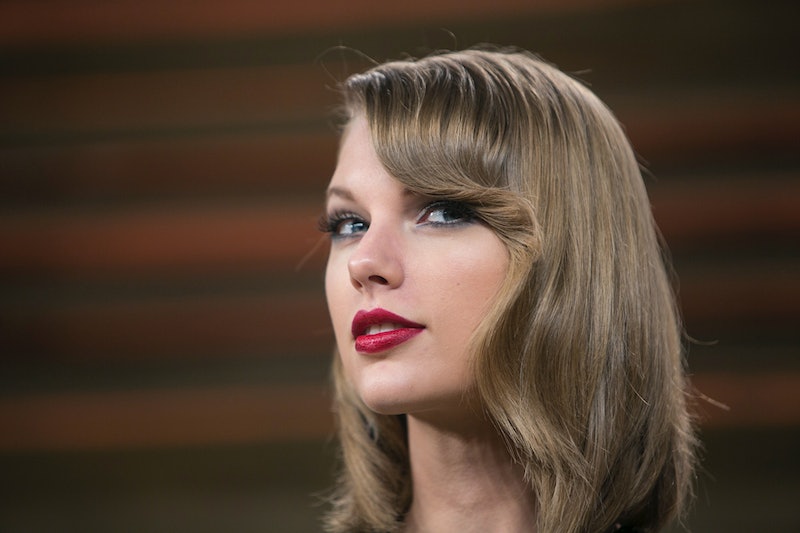 In a statement, ICANN proclaimed: "New gTLDs will change the way people find information on the Internet and how businesses plan and structure their online presence. Internet address names will be able to end with almost any word in any language, offering organizations around the world the opportunity to market their brand, products, community or cause in new and innovative ways."

Four years later, ICANN says they're ready to roll out their plan, with more than 547 new gTLDs set for release. During the company's self-proclaimed "sunrise period," high-profile individuals and companies were invited to purchase the domains before the rest of the public could lay claim to the sites.

Clearly, the story was great for a few jokes. But as a deterrent for trolls, I think buying the domain names was a bad move. Here's why:

"What a great, manipulative way to draw attention to how sexy Taylor Swift is," says Shira Tarrant, associate professor of women's studies at California State University and co-editor of the anthology New Views On Pornography: Sexuality, Politics and the Law. "It strikes me as 'don't think of pink elephants.' This story enables us to think of her in a more titillating way." As in, Whatever you do, don't think of Taylor Swift naked. Don't do it. Don't even try to... Oops.

2. If there's money to be made, people will keep making these sites.

"Why do human beings feel compelled to hurt other human beings for profit? That's what humans do: they make money off other people's misery," says David Henry Sterry, a featured performer in the Sex Worker Literati series and author of the memoir Chicken: Self-Portrait of a Young Man for Rent, about his time as a teenage sex worker.

"But this, to me, feels like it's on a whole different, personal and disgusting level of invasion. No matter how many domain names she buys, people will figure out a way to use her image to sexualize her without her consent. To shame her. To make money."

For famous women like Swift, the stakes are particularly high. "Our sexual images are at risk of being taken from us, which we know from the many reported cloud thefts. Taylor Swift has the right to be sexy as she sees fit, but our lives haven't kept up with the technology," says Tarrant. "If she wants to be sexy, that's one thing. If her sexiness is stolen from her, that's quite another."

More like this
Black Women's Equal Pay Day Highlights An Upsetting Problem
By Brandi Neal
The 19 Best Tweets & Memes About Bisexual Awareness Week
By Lexi Inks
These 4 Signs Are The Seductive Sirens Of The Zodiac
By Brittany Beringer
Everything To Know About Taylor Swift’s 10th Studio Album, 'Midnights'
By Grace Wehniainen and Jake Viswanath
Get Even More From Bustle — Sign Up For The Newsletter