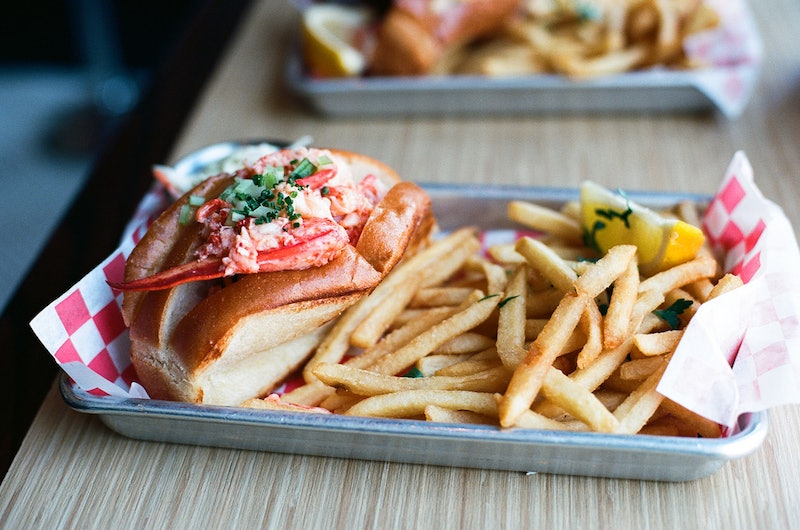 There are people who like food… and then there are foodies… and then there are people for whom dynamite eats are a way of life. Those are the folks who weighed in recently on Travel and Leisure's latest rankings — so if you've ever been curious about which places make up the top cities for foodies in America, you're in the right place. Just, y'know, consider yourselves warned, because you're definitely going to want a snack after you finish reading this one.

I think the thing I like most about Travel and Leisure's rankings is that they're always sourced from their readers: People who not only travel a lot, but who love to travel. Even if you're not a travel fan yourself, you've probably spoken to an enthusiast yourself at least once in your life — which means you've experienced the sheer joy with which most of them (well, us — I count myself among them, even though time and funds don't always allow me to hit the road as often as I'd like) talk about the places they've been and fallen head over heels for.

For this particular ranking, T+L's readers ranked 38 cities on what they call “the 10 most crave-worthy features”: They covered everything from lower-end items like street food, coffee, and bakeries to high-end fine dining, fancy wine bars, and gourmet markets. And you guys? I am drooling. Literally. I mean, I've already had lunch, so I'm definitely not hungry… but I definitely want to sample all the fare offered in all of these excellent locations.

Surprised to see Houston in the top slot? Me too. I mean, not to say that Houston's food isn't amazing — clearly it is — but when you think about “foodie cities,” Houston isn't necessarily the first one to come to mind. But Texas' most populous city ranked at number one in three (count 'em!) of Travel and Leisure's categories: Burgers, brunch, and specialty food shops. I've never been to Houston, but if I go anytime soon, you can bet I'll be taking my sweet time at Revival Market—word on the street has it that it's the only place to go for artisanal everything, from cheeses to jams.

This one, however? Not surprising at all — but then again, I grew up not too far away from Providence, so maybe that's why its reputation precedes it for me. In addition to its vibrant arts scene, it's got street food to die for, including Haven Brothers, where you can get a lobster roll until four o'clock in the morning. Because it's always lobster roll time, right?

Not only did Kansas City win out over Memphis, TN and all of Texas for best classic barbecue, but moreover, it's putting some fun twists on it, too: T+L recommends Cleaver & Cork, a “gourmet butcher-driven gastropub” specializing in Midwestern-influenced picks made with fresh, seasonal, local ingredients. Plus, KC dining is affordable on top of delicious — it's a win-win situation.

I've only been to Atlanta a couple of times, but believe you me, its food really is dynamite. Next time I go, though, I'm going to have to check out one of its newer food halls — Krog Street Market is supposed to be terrific. (Can you tell I have a thing for markets? I mean, there are just always so many delicious things in one place! How can you not love the idea?).

Like Providence, Minneapolis/St. Paul has one heck of a cultural scene; as such, it's not too surprising that it's got an excellent foodie scene, as well. T+L has my interest piqued in Gyst, a place which focuses on “the art of fermentation.” Hello, house-made kombucha!

According to T+L, the key player in Albuquerque is fire-roasted green chili — it can be found everywhere from fry-bread tacos to sauce made right at your table at (visit El Pinto to see that one in action). The coffee is also apparently to die for, with the annual Chocolate and Coffee Fest definitely being worth a visit. It literally just wrapped up, so you'll have to wait til next year for that one — but hey, mark your calendars, right?

(Also, please stop throwing pizza on Walter White's roof. I mean it. You don't want the one who knocks coming after you, right?)

There's definitely more to Cleveland than just The Drew Carey Show. Like Atlanta and Houston, it has killer food halls; according to T+L's ranking, it took the number five slot for this category, with West Side Market (which has been around since 1912!) being the place to go. If you're into Iron Chef, you can also check out Michael Symon's Lola Bistro.

Of course Portland is on the list — specifically for coffee and craft beer. T+L recommends Coopers Hall with its 44 taps of wine, beer, and cider; it's also got French-inspired steak frites and croque-monsieurs to go with all those tasty beverages. Yum.

According to T+L, the cutting-edge LA food scene is down in Chinatown these days: It's got everything from rice bowls and noodles to artisinal ice cream (Scoops' blueberry-hasmine cones? Yes please!). It's also home to a huge variety of burger joints that date back to the '50s, so take your pick for old-fashioned nostalgia.

The downside to New York's incredible food scene? It's monstrously expensive a lot of the time. But it doesn't have to be, as long as you don't mind going off the beaten path a bit. One of the things I miss the most about my Brooklyn apartment were the amazing and affordable eatery in the neighborhood — from the bahn mi shop down the block to Blue Sky Bakery up on Fifth. Anyone else got any favorites?

Head on over to Travel and Leisure to see the full ranking.

More like this
Craving The Beach? Here's Your Guide To A Solo Vacation In Turks & Caicos
By Alexis Morillo
The 5 Best Electric Lunch Boxes For Hot Meals On The Go
By Vanessa Spilios
10 Pumpkin Recipes That Are Way More Creative Than Pie & Lattes
By Rebecca Deczynski and Alexis Morillo
On TikTok, Tinned Fish Date Night Is The Latest Viral Food Obsession
By Emma Carey
Get Even More From Bustle — Sign Up For The Newsletter