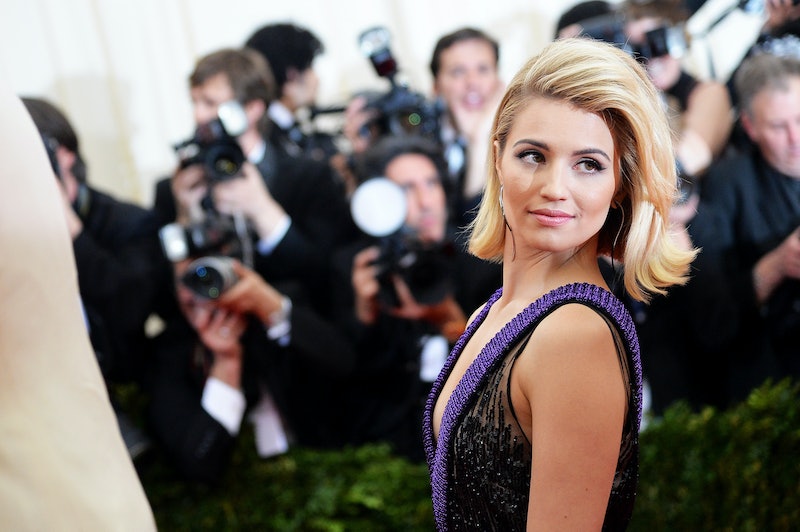 Gleeks rejoice! One of your favorite characters just found herself a new gig. Dianna Agron will star in a play about Alexander McQueen — this marks her British stage debut, too. Agron will star as a ficitional character named Dahlia. The play was inspired by Alexander McQueen's fall 2008 show which was entitled "The Girl Who Lived in the Tree." The story is about a young girl who is caught breaking into Alexander McQueen's home to steal a dress. Unexpectedly, the young girl strikes up a friendship with the famous designer and they go on an adventure through London together.

The play is simply titled "McQueen" and was written by James Phillips and will be directed by John Caird. The late designer's family is very supportive of the project and it was created in cooperation with Alexander McQueen's family. Stephen Wight will play Alexander McQueen opposite Dianna Agron as Dahlia. Tracy-Ann Oberman will also be joining the cast as Isabella Blow, McQueen's longtime confidante and English magazine editor. Many people credit Isabella Blow as the person who discovered and helped launch Alexander McQueen's career.

Agron was recently in attendance at the "Alexander McQueen: Savage Beauty" exhibit at London's Victoria and Albert Museum. The Glee actress wore a lovely form-fitting Johanna Ortiz gown with a very deep-V neckline. Agron did suffer a small wardrobe malfunction that night. Due to some very creepy papparazzi, the photos have been all over the internet. Hopefully, news of her stylish new gig will have everyone talking about her exciting career instead.

This picture was taken on Dianna Agron's Instagram account fourteen months ago. Perhaps it was foreshadowing? Or maybe she's just known all along?

"McQueen" will open on May 12 at London's St. James Theater.