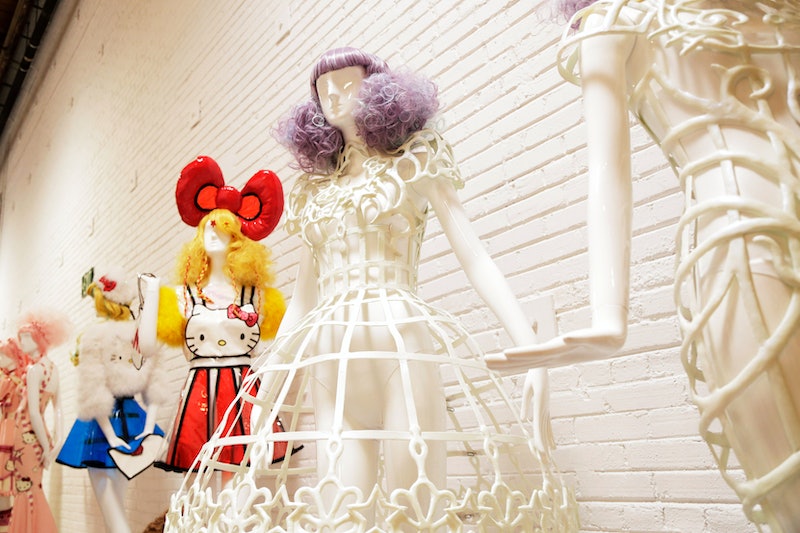 Kawaii couture is coming your way. Fresh off celebrating Hello Kitty's 40th anniversary and inaugural Hello Kitty Convention, it was announced that global purveyor of cuteness Sanrio is collaborating with Yohji Yamamoto on a new line of clothing and accessories. This exciting partnership between Hello Kitty's parent company and Yamamoto — called Kitty's — will launch this spring in Japan. Of course, the trend of mixing animation with the avant-garde isn't new in Japan, which saw the launch of COMME des GARÇONS's Frozen -inspired collection last year.

The Kitty's collection includes t-shirts, sweatshirts, and polo shirts, which are priced between $72 and $330. Accessories such as bags, phone cases, and baseball caps are also in the works, but will be released at a later time. My Melody, another popular Sanrio character, will also appear on the products along with Hello Kitty. Two Kitty's stores are scheduled to open in Japan in the next two weeks.

Tokyo-born Yamamoto debuted his first collection Y's in 1977, followed by his first eponymous collection in Paris four years later. He has since made a name in the fashion world with his theatrical and otherworldly style, which helped make him one of Japan's most successful and influential designers. In 2003, Yamamoto teamed up with Adidas for the sporty Y-3 line. Meanwhile, Sanrio's flagship character Hello Kitty has previously collaborated with designer Kimora Lee Simmons and Zales in jewelry collections, and appeared in high-end designs by John Galliano for Dior and Italian brand Pynkiss.