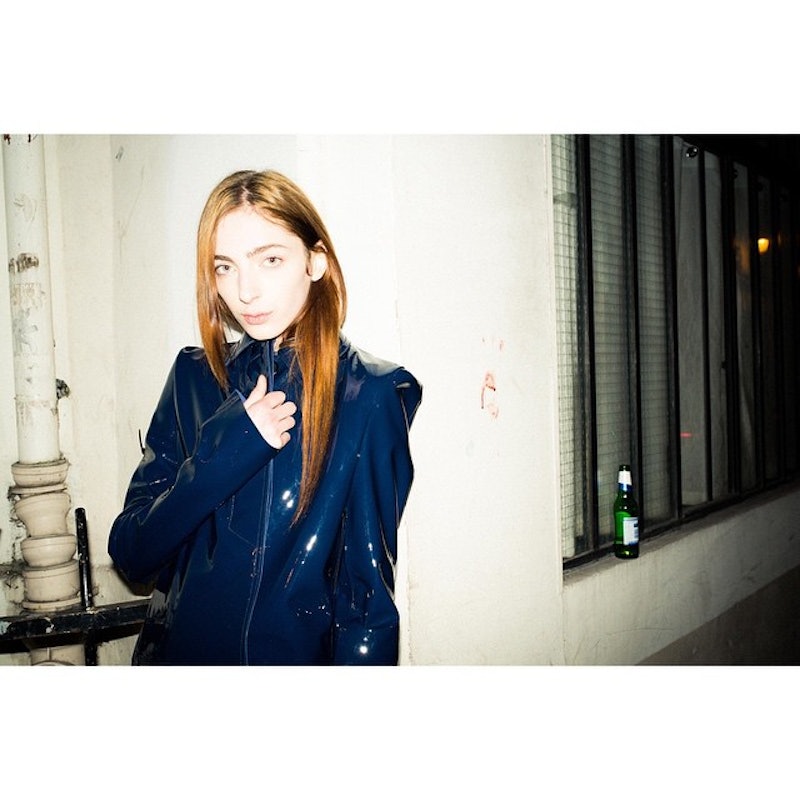 Vêtements, the hippest Parisian label of the moment, always knows how to keep people guessing. Rather than showing its third collection in the traditional Paris Fashion Week locations, like the Louvre or the Tuileries, Vêtements held its show in Le Dépôt, one of Paris’ most popular gay bars. And rather than making the brand’s designer a social media celebrity, much like Marc Jacobs or Olivier Rousteing, Vêtements has decided to keep its designer anonymous. How hipster of them.

We know that Vêtements was founded by seven former Margiela members who wanted to make fashion fun again, that Demna Gvasalia is the brand spokesperson, and that Kanye West has attended Vêtements shows previously, presumably bringing up the brand’s street cred in the process. Naturally, the brand’s secrecy only makes it more appealing to the public.

Vêtements’ pieces take high-low fashion to a new level, being inspired by the cool-girl Parisians, who strut around the city with undercuts and tattoos, while also making stops at the hottest events du jour. Pieces include reconstructed fireman suits, vintage punk hoodies and old school bomber jackets, all reconfigured to be “new” again. The brand’s anonymity and unconventional aesthetic has garnered the attention of fashion’s elite, including luxury holding company LVMH, who has made the brand a finalist in its second annual prize competition for emerging designers.

No word on who the real designer is and whether he or she will be making a public appearance anytime soon, but I just want to put the thought out there: Kanye West.

More like this
Prefer Alcohol-Free Perfumes? Water-Based Fragrances Are On The Rise
By Audrey Noble
12 Absolutely Angelic Cherub Tattoo Designs
By Paris Giles
The Body Shop’s New Range Has More Antioxidants Than Retinol
By Justine Knight
The Velvet Nail Trend Brings Cozy Texture To Your Manis
By Jordan Murray
Get Even More From Bustle — Sign Up For The Newsletter