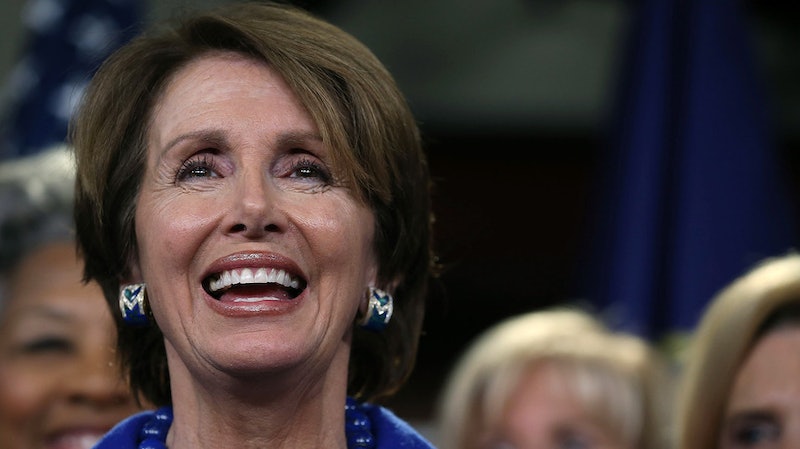 While it’s obviously way, way too soon to be drawing conclusions about the shutdown’s effect on the 2014 elections, Democrats nonetheless got some encouraging news today as Charlie Cook, one of Washington’s most respected election forecasters, moved 14 House seats in the Democrats’ direction following the GOP’s shutdown debacle. This means that as of now, there are more Republican-held seats “in play” than the 17 Democrats would need to win to take back the House.

After the shutdown, 12 House seats currently held by Republicans moved in the Democrats’ favor, while Democrats solidified their grasp on two of their own seats. Only one seat — that of West Virginia Democratic Rep. Nick Rahall — moved in Republicans’ favor.

"Democrats still have a very uphill climb to a majority, and it's doubtful they can sustain this month's momentum for another year,” said David Wasserman of The Cook Political Report. “But Republicans' actions have energized Democratic fundraising and recruiting efforts and handed Democrats a potentially effective message.”

The part about recruiting efforts is key, because when you’re trying to win back the House, having quality candidates is half the battle. Congressman Steve Israel, who chairs the Democratic Congressional Campaign Committee, said last week that several Democratic candidates the DCCC had been unsuccessfully courting to run in competitive House districts decided to take the plunge on account of the shutdown.

“After witnessing this reckless and irresponsible behavior, the environment has now become so toxic that these recruits now want to reopen the conversation about running,” Israel said. “This shutdown is showing what we’ve seen from the beginning — that Republicans’ disconnect from reality is our single greatest recruiting tool.”

It’s still going to be a difficult pull for Democrats, but the mere fact that the House is, at this point at least, quantifiably in play illustrates just how monumentally damaging this episode has been for Republicans.