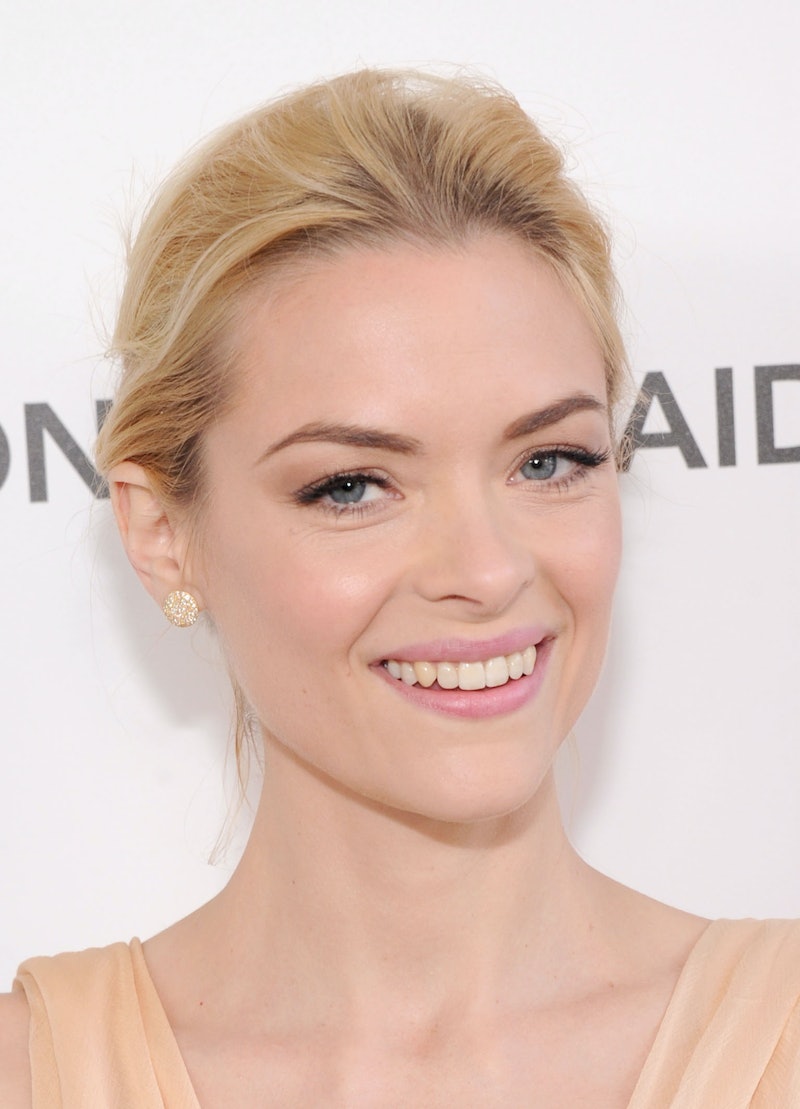 Jaime King has a lot to say about internet haters.

In an interview with ELLE, Jamie King talked body image, crying because of Kim Kardashian, cyber bullying, and why women and mothers deserve more respect on the 'net. She explained to ELLE why the issue is so emotional for her, and where it began.

"At the Met's Costume Institute Gala with Kim Kardashian when she was pregnant [in 2013]...Anna Wintour had invited her to the Met ball, which is a big deal and a big step up for her. But when she was pregnant [there], I remember going back in my hotel room and crying for like five hours because I kept seeing all these things come up online, all of these horrible pictures and GIFs. I couldn't stop crying because here was this beautiful glowing pregnant woman who is probably so excited to be attending the Met ball for the first time with the man that she loved, and she had this beautiful dress made for her that was very daring and very gorgeous, and she has a beautiful growing child inside of her, and yet everybody bashed her and called her a whale or said she looked like a couch or drapes."

That must've been the reason the supermodel of the '90s, mom, and now pregnant Jamie King posted a topless selfie of her growing body on Instagram recently, openly inviting the haters to comment away. The photo was captioned: "My body. My growing baby, open for comments. Plain as day. I, like every other woman, bracing for your judgments. This is who I am. And I love me in every flaw and curve or flat or thin area. And I love you as well in every form that your body takes."

The post was quickly taken down ("It was deleted by my child by accident. He completely locked me out of my computer, like it literally took the entire day to get back in," she told ELLE) but the message was loud, clear, and lasting: Jaimie wants you to back the eff off of pregnant women and their bodies.

Jaimie is not unfamiliar with critics. She has been a working model since she was 14, and her career skyrocketed in the '90s. She strutted for Chanel, was the face of Ambercrombie + Fitch, and graced the cover of every major magazine. So why, now, is she fed up with criticism?

"The fact is that nobody should be body shamed," she told ELLE. "Nobody should be torn apart for being too thin or too fat or too this or too that. There are many people that are overweight that genetically have issues."

She went on to give readers and fans an insight into the many factors contributing to health and body image. Plainly put, you can never really judge what is right or wrong with another's body or health.

"If you look at the photographs of me, the only time that you'll see like an influx in my weight was in my mid-20s, and that was when I had endometriosis and PCOS [polycystic ovarian syndrome] but didn't know that I had it," she said. "I had major thyroid issues and major issues with my estrogen. I remember at one point my agent called me saying 'Oh, they want to offer you this movie, but they want to know why you got fat,' and it was so horrifying...My body was in so much physical pain, and it wasn't until I found the right doctor that explained to me what was going on, and I had the right care that everything got back to normal again."

She goes on in the candid interview, stressing the importance of speaking up and out about body image and the freedom to share our true selves on social media.

"And I also want other women to know that I don't care what you look like. I love you too—the way that I felt about Kim, even though I don't even know her."You can read more of her interview here.