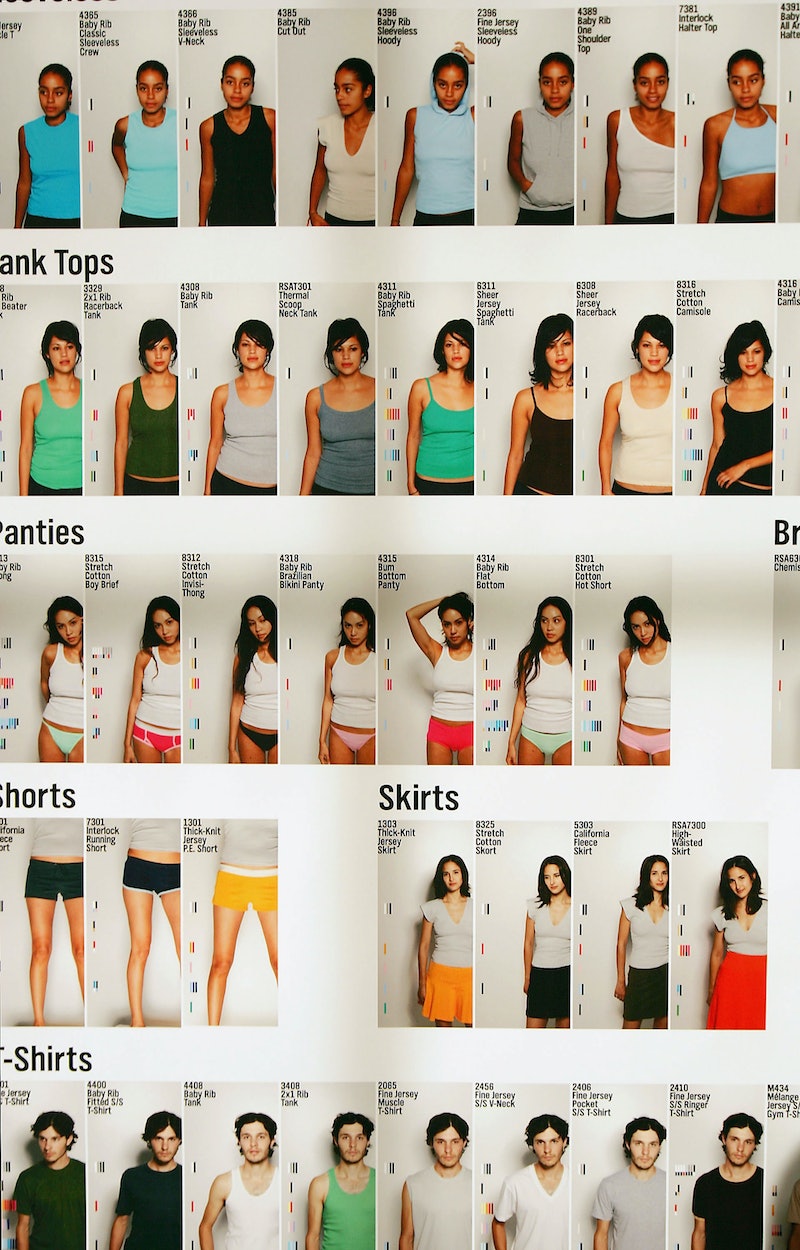 American Apparel just can’t seem to catch a break. Just days after it was revealed that they’ve been photoshopping nipples and pubic hair off its models, the company made another mistake. In a recent company-wide email, American Apparel said they were casting “real models,” not “Instagram hoes or thots" (I’ll save you the urban dictionary trip: "THOT" stands for “that hoe over there").

American Apparel’s agency PhotoGenics Media, who sent out the email, claimed that the line was supposed to be a joke, and that they have a close personal relationship with the models who would’ve received this playful email. The rest of the world, however, is unsure about this claim, especially with American Apparel’s history of sexualizing underage models and just generally causing controversy.

In the past, the risqué retailer promoted a “real people” aesthetic with models who were a bit curvier and of mixed ethnicities, but it sounds as though new leadership has a different idea in mind. According to Animal New York, Cynthia Erland, the new Senior Vice President of Marketing is supposedly looking to rebrand the company with fashion industry’s typical tall, thin, white models, while the new CEO Paula Schneider is trying to distance the brand from its previous controversies. I would say that mission was not accomplished.

Whether you are a company, or just an average millennial (but especially if you’re a company) you should probably avoid calling people “hoes” and “thots.” Just a suggestion.

More like this
Fermented Skin Care's Barrier-Boosting Benefits, Explained By Derms
By Audrey Noble
13 Caffeine-Infused Eye Creams, Patches, & Serums For Puffy Under Eyes
By Olivia Rose Ferreiro
Jecca Blac’s New Brow Drop Was Inspired By Your Fave Drag Queens
By Justine Knight
How To Get Your Hands On The Pat McGrath X Supreme Nail Kit
By Justine Knight
Get Even More From Bustle — Sign Up For The Newsletter