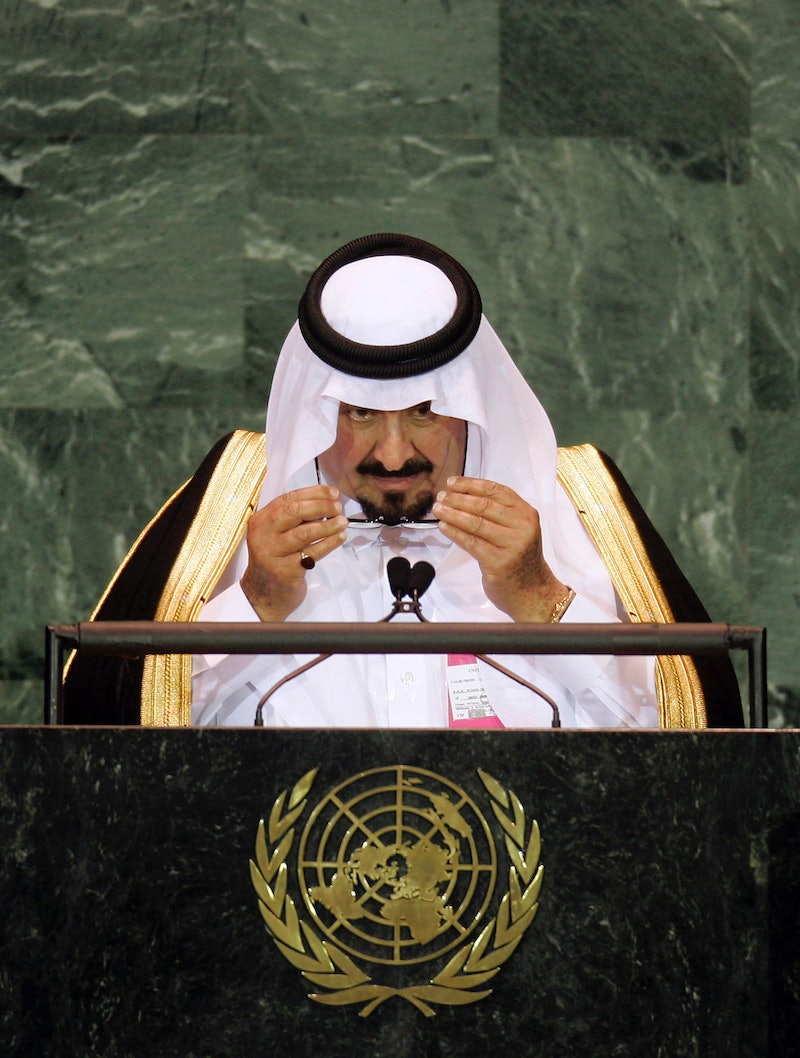 In what might be a first, Saudi Arabia declined its rotating spot on the United Nations Security Council on Friday, citing the ongoing conflict in Syria as the reason. It condemned "international double standards" and inaction by the council on a conflict that had claimed over 100,000 lives and displaced millions. The Saudis are reportedly especially frustrated with the United States, a longtime ally, which — since the Arab Spring — has pursued policies that Saudi Arabia has not been especially fond of. Saudi Arabia was reportedly upset that the U.S. ultimately decided to pursue a diplomatic solution rather than air strikes after a chemical weapons attack on a suburb of Damascus. Action on Syria by the Council has been further blocked by Russia, a permanent member and a close ally of Syrian President Bashar al-Assad.

"Saudi Arabia ... is refraining from taking membership of the U.N. Security Council until it has reformed so it can effectively and practically perform its duties and discharge its responsibilities in maintaining international security and peace," according to a statement by the Saudi Foreign Ministry.

The Kingdom, which isn't a big fan of the Syrian president, had previously used Syria to dispose of its least-wanted criminals:

[W]e are in dialogue with the accused criminals who have been convicted with smuggling drugs, murder, rape, from the following nationalities: 110 Yemenis, 21 Palestinians, 212 Saudis, 96 Sudanese, 254 Syrians, 82 Jordanians, 68 Somalis, 32 Afghanis, 94 Egyptians, 203 Pakistanis, 23 Iraqis, and 44 Kuwaitis.

We have reached an agreement with them that they will be exempted from the death sentence and given a monthly salary to their families and loved ones, who will be prevented from traveling outside Saudi Arabia in return for rehabilitation of the accused and their training in order to send them to Jihad in Syria.