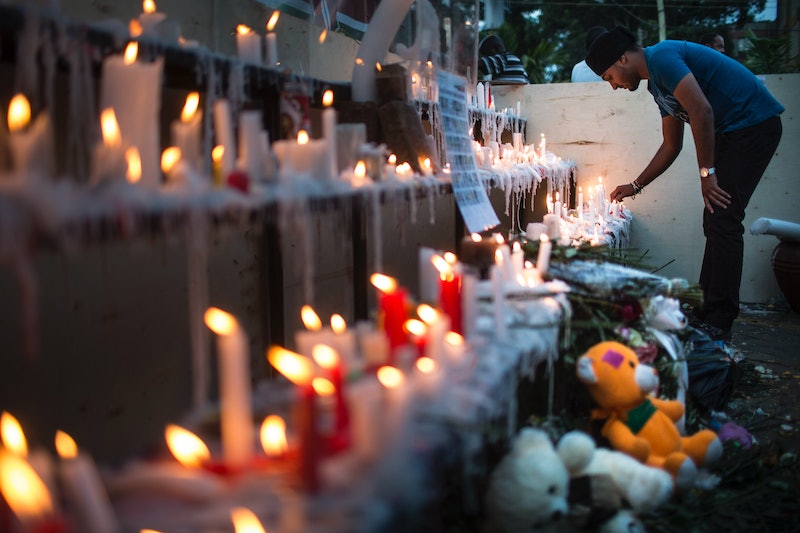 Two new developments in Kenya's Westgate Mall shooting surfaced Friday when Norwegian officials said they were investigating a Norwegian citizen's possible participation in the attack and Kenyan officials also announced that two of the 67 bodies recovered from the site are likely to be those of attackers. The September attack, conducted by Somalia-based jihadi group al-Shabaab, claimed the lives of dozens of people during a multi-day siege.

"All the indications are that they are the attackers," Ndung'u Gethenji, chairman of the Kenyan parliament's Defense and Foreign Relations Committee, told Reuters about the bodies pulled from rubble. "The area they were excavating is consistent with the area (the gunmen) were trapped in during the operation." AK-47s different from those used by Kenyan forces were also found by the bodies, Gethenji said, adding that he doesn't know how many attackers to expect to find, though video footage showed four attackers. Investigators have been referring to them by the colors of their shirts.

According to Norwegian officials, meanwhile, the country is investigating a Norwegian man of Somali descent thought to have ties to Mohamed Abdikadir Mohamed. Known as Ikrima, Mohamed is one of al-Shabaab's most notorious commanders and is believed to have been involved in the Westgate Mall incident. He was the target of an attempted raid in Somalia by U.S. forces earlier in October, the same weekend as a raid in Tripoli captured alleged al Qaeda operative Anas al-Liby. The raid near Baraawe, Somalia, had to be aborted after Shabaab militants opened heavy fire on U.S. forces.

CNN reports that Ikrima had spent time in Norway and speaks six languages. Though he didn't gain asylum in the Scandinavian country, he was given Norwegian travel papers. The Norwegian citizen under investigation has not been named.

Norway, like many European countries, is facing an influx of Muslim immigrants, particularly from Somalia. Attempts to integrate them into European societies have mixed results, and immigrant cultures often clash with the rather homogenous European nations. In France, for example, the principle of laïcité clashes with some Muslim beliefs about an outward expression of faith through dress. The BBC reported in 2011 that Norway's Somali community — which is newer and practices a stricter brand of Islam than the country's more established Pakistani community — feels vulnerable and uncertain.