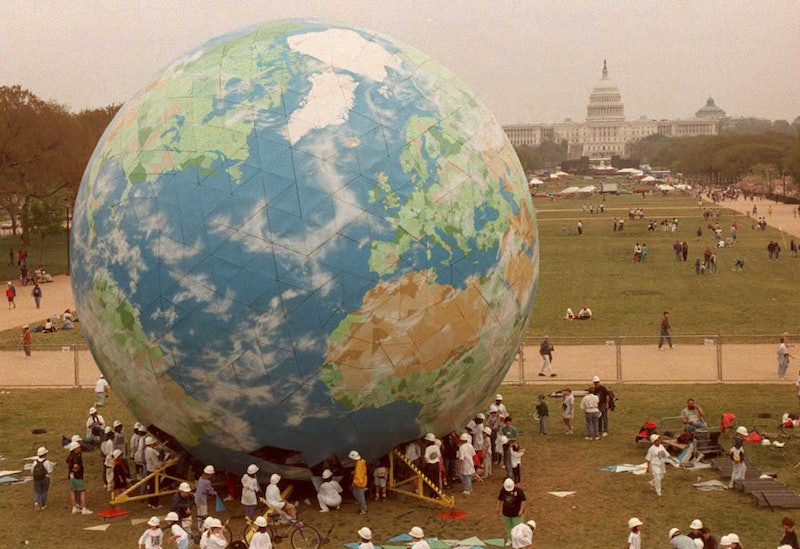 Pop quiz: What's the population of the world? Give up? As of right now, it's about 7,300,000,000 people, a number which is going up every single second of every single day. In order to stay on top of these numbers, the United Nations publishes a population forecast every so often where experts predict how much the population will increase by a certain date — so while we're quizzing ourselves on these figures, guess what the population will be in 100 years? Are you ready for this? According to a video from the Gapminder Foundation, 100 years from now, the population of the earth will be 11 billion people. YES, FRIENDS THAT IS A REAL NUMBER. 11 billion humans on a planet with dwindling resources, population problems already, and a variety of other issues that aren't going to be solved by a bigger population. But before you panic, lets see if the number is reliable. How accurate are predictions about population growth?

Well, based off how accurate the predictions about population growth have been in the past, pretty dang accurate (so you can go back to panicking now). According to Gapminder's video, when the first prediction came out in 1958, experts predicted that by the year 2000, the world population would double — which would take it from three billion to six billion people. The public guffawed... but by the turn of the Millennium, the prediction had become fact.

As you can see from this graph, however, the UN also predicts that the population increase of the world will begin to slow down around 2050 and eventually plateau. This could happen for a variety of reasons including reproduction bans or limits, complete depletion of resources that makes it difficult to support human life, and lack of space — or, according to my personal theory, it'll happen due to alien visitations that will relocate us to vast, uncharted planets with lots of resources and egalitarianism.

It's a little bit hard to wrap your head around the idea that within 100 years, there will be four billion more people on this planet. If you were to take the current population of the United States to contextualize that, it would be like adding about 33 more United States of Americas to the world, or about seven more Chinas (which, by the way, is currently the world's most populous country, housing about 1.4 billion people). I decided to use the World Meters website, which gives you live information about all sorts of population-related data, to see exactly what's happening to the world's population in real time. Here's some stuff I found:

People are being born at a significantly faster rate than they are dying.

The quickest amount of time for the population of the world to increase by one billion was 13 years.

This nifty little table shows us that the population of the world increased by one billion people from 1974 to 1987, an incredibly short period of time for the world to crank out so many humans. That means every year for 13 years, we were producing about 76 million humans — around the current population of Turkey — and every week there were about 800 new humans on this planet (which is approximately the size of my graduating class at Emerson College).

People are great and I firmly adhere to the "the more the merrier" mindset when it comes to them. But on a planet that is struggling to support it's current inhabitants while the current inhabitants are damaging every corner of it, it's a bit frightening to see so much growth happening in such short periods of time. But will something drastic happen within the next 100 years to curb this growth? Will the UN be wrong for the first time? I guess we'll just have to wait and see.

Head on over to Aeon Vid to watch the full Gapminder Foundation video.

More like this
Think Your Partner Is Cheating? These Tarot Cards May Confirm Your Suspicions
By Kristine Fellizar
Here’s Your Daily Horoscope For October 3, 2022
By Mecca Woods
How To Turn Your Small Living Room Into A Cozy Nook For The Holidays
By Jessica Goodman
9 Tips For Hosting A Holiday Party In A Small Apartment
By Anna Davies
Get Even More From Bustle — Sign Up For The Newsletter