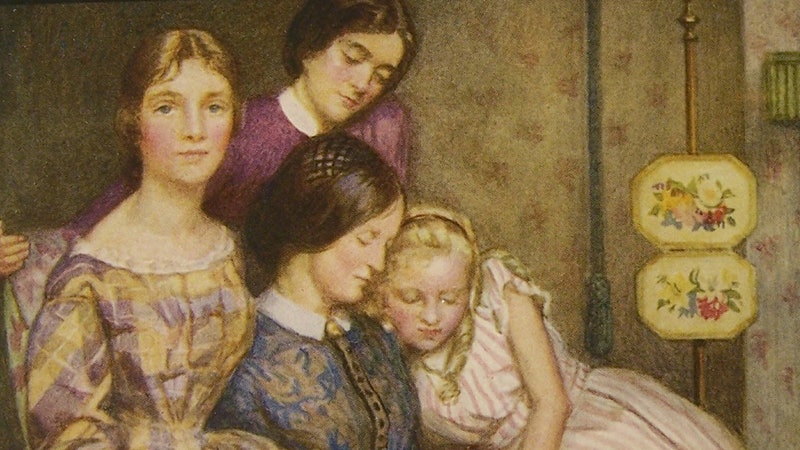 It's official: Little Women is being remade into a modern film versions of the novel by Louisa May Alcott. Originally published in two volumes in 1868 and 1869, the book is about four sisters learning their way as they grow up into women. The movie, which has been remade a number of times, is about to bring the timeless tale to a new generation — and the sisters certainly have a lot of fashion and beauty trends to catch up on.

The classic-novel-turned-film has had many great stars play the March sisters (Jo, Amy, Beth, and Meg), including Katharine Hepburn, Winona Ryder, and Kirsten Dunst, but the producers have more than outstanding casting to worry about. They also need to think about the wardrobe department. The most recent adaption of the film was about 20 years ago, so there are plenty of trends the March sisters missed. Skinny jeans. Emma Watson. Lauren Conrad. The Jersey Shore. Mean Girls. High-low skirts. The Kardashians. Contouring. SO MANY THINGS.

The 1994 film stuck to the classic wardrobe pieces, but in case the producers, including Denise Di Novi, Robin Swicord, and former Sony co-chairwoman Amy Pascal, want to update the movie entirely, I've created a guide to what Jo, Amy, Beth, and Meg might wear in 2015, based on their personality traits.

Meg is definitely the "mom" of the sisters. She is a natural caretaker with a big, but occasionally bossy, heart. I would imagine her style today would still be structured and versatile. She occasionally has a weak spot for the nicer things in life (ahem, Laurie) so these earrings are just a touch of glam to her put-together style.

Let's be honest, Amy needs an outfit she can have a bit of a temper tantrum in, comfortably. Boyfriend jeans and a graphic tee capture her quirky personality perfectly. She is the youngest of the March sisters, and sometimes it shows, but she's definitely making an effort to mature. Bless her little heart.

Little, sweet Beth has a heart of gold. She is a contemporary rock star on the piano and will play whatever you request. She has to look classically elegant in this Michael Kors dress and simple jewelry while she's typing away at the piano keys, without a piece of jewelry getting in her way.

Josephine "Jo" March is the main character of the film and movie. Many don't know all of the March sisters are based off Alcott and her sisters with Jo, of course, being Alcott herself. Jo is also a writer and has a bit of tomboy in her. I wanted to give her editor pants, a loose fitting top, and flats so she wouldn't be restricted if an adventure arose. And hopefully by now she's gotten better with time, but if not, a wristwatch should help.