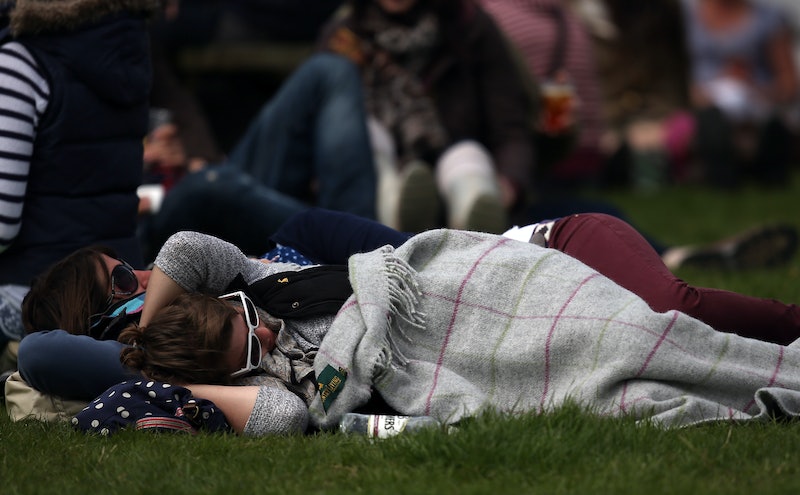 As if anyone needed another reason to love sleep: A new study shows that sleep is actually a way for the brain to scrub itself clean, confirming the suspicions of scientists and nagging mothers everywhere that sleep is critical to your brain functioning as it should. The study, published in this week's Science magazine, used a new lighting technology to reveal that sleep opens up the spaces between neurons. (Depending on how much sleep you got last night you might recall that neurons are the nerve cells in the brain that send and receive signals between body and brain.) The spaces expanded by up to 60 percent during sleep, allow fluid to pass between the cells, and 'wash' the brain clean.

“This study shows that the brain has different functional states when asleep and when awake,” lead study author Dr. Maiken Nedergaard said. “In fact, the restorative nature of sleep appears to be the result of the active clearance of the by-products of neural activity that accumulate during wakefulness.”

Just like brushing teeth before bed to get the day's gunk off, the fluid removes build-up that's accumulated during the day as it passes through the new channels. It kind of helps explain why, when you're sleep-deprived, it takes longer to react to stimuli.

“You can think of it like having a house party," Nedergaard said. "You can either entertain guests or clean up the house, but you can’t really do both at the same time." Or can you?

But sleep isn't only good for the brain upon waking; it could be good for you in the long-term: Along with leftover schmutz from the body's normal activity, some of what gets washed away during sleep includes amyloid proteins, which cluster together over time to form the "plaques" that come with Alzheimer's disease.

The process occurs during the day as well, but because brain activity is much higher, the channels aren't nearly as open for the fluid. During sleep, as the scientists measured with mice, the cleaning process is twice as fast.

While the study of sleep is rapidly expanding, many of sleep's mysteries — including why we dream — remain to be defined. This new study will not only fundamentally change how scientists approach sleep, but will also have interesting implications for the connection between sleep and memory. A University of California, Berkeley, study in January suggested that it might be possible to slow declines in memory and learning abilities with good sleeping habits. However, when that study was published, it wasn't known exactly how it all connected.

So no excuses kids. Get that shuteye.

More like this
This Psychological Effect Might Be Keeping You From Hitting Your Goals
By Lexi Inks
Here's How Cardio & HIIT Affect Your Body Differently
By Carolyn Steber
My Honest Review Of Rumble Boxing
By Carolyn Steber
The Benefits Of Doing Adduction Vs. Abduction Exercises
By Carolyn Steber
Get Even More From Bustle — Sign Up For The Newsletter