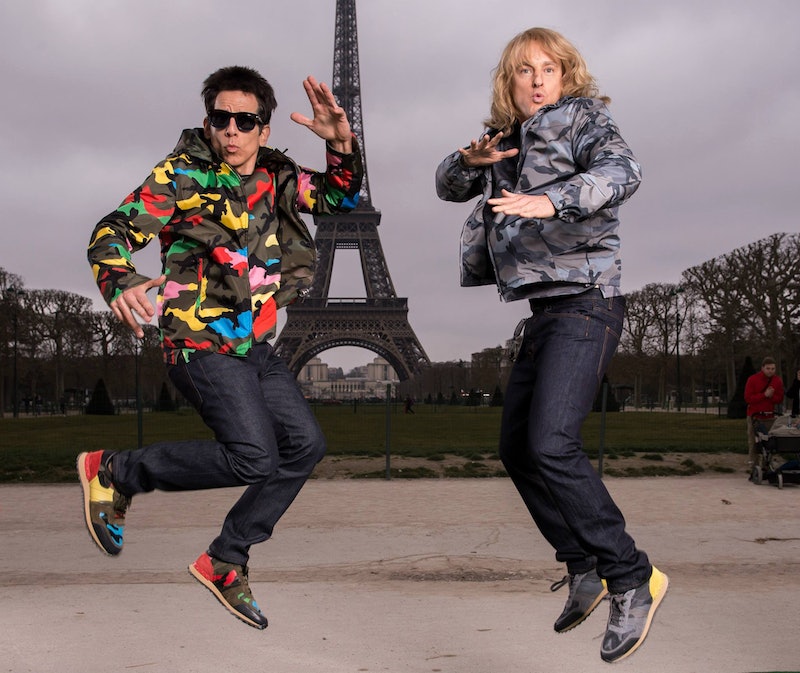 Ben Stiller and Owen Wilson posed in front of a fake Eiffel Tower and gave us their best smoldering looks. The two gave us some serious attitude with models Tilda Lindstam and Xiao Wen Ju, wearing some of the brand's camo pieces from the Spring/Summer 2015 collection, according to Style.com.

The movie is set to premiere on February 12, 2016, and rumored co-stars include Kanye, Kim Kardashian, Karlie Kloss, and even Naomi Campbell. The script was written by Justin Theroux and the director will be Ben Stiller himself. Allegedly, the plot will follow Derek Zoolander's self-transformation, and the prevention of an opposing company to take them out from the business, according to IMDB.

Zoolander was a staple in my childhood, and even close to 15 years later, I quote it more than I'd like to admit. And judging from how they announced their sequel, I can only imagine that it will deliver lots of laughs. Can we expect a new Derek Zoolander look, post-Blue Steel? And a walk-off featuring the infamous duo? I sure hope so.