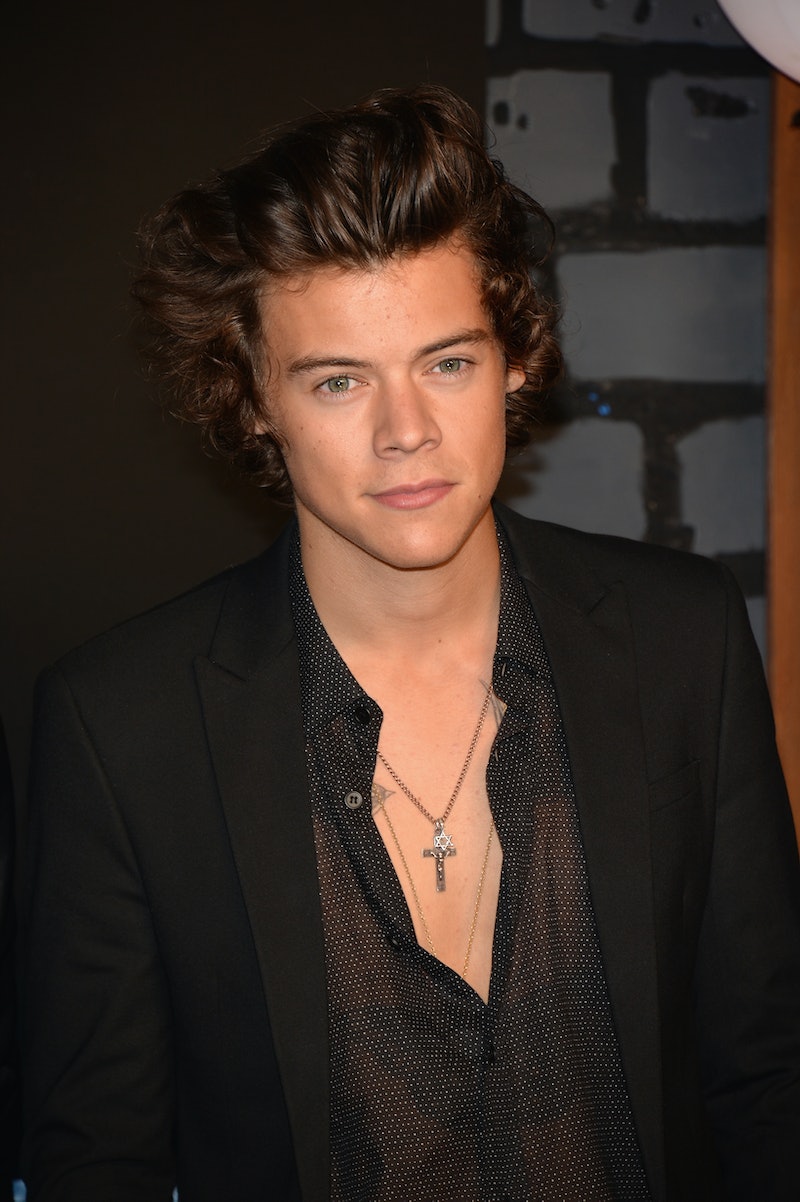 From the moment I saw the One Direction guys, before I knew their names or even heard one of their songs, I knew immediately which one I'd develop a massively age-inappropriate crush on: the one with all that hair. I happen to be a sucker for a guy with long hair, and Harry Styles hair is just about the best I ever did see. It started out pretty long for a guy, but as the years have passed and their fame has grown, it's gotten longer. And longer. And if you can believe it, even longer. So long, in fact, that he's started rocking headbands, fedoras, and, most recently, even a man bun to keep it in check. And all of it is just pure beauty.

But let's be honest for a second. With that mound of hair on top of his pretty head, it must smell like something. I'm not saying it's a stench, or anything particularly odorous, but that's a lot of hair. It's carrying some kind of scent buried in it's tresses.

So let's hypothesize. Here are a few things Harry Styles' hair might smell like, because don't tell me you haven't thought about it before.

I mean, it's entirely possible the answer is just basic, bland, and hygienic. But we all know that Harry's a bit more exciting than that. So moving on...

With all that dancing and running around the stage, what else would you expect? Oh, the pheromones...

Obviously, he's just everything right about the world.

But let's not underestimate his manhood, after all.

...he's got a sensitive side, though.

And then he's got that hipster vibe going on.

Oh, come on. He's Harry Styles, after all. It's the most likely answer.

More like this
Harry Styles’ Red Carpet Looks Have One Thing In Common
By El Hunt
Lily Collins Got Shaggy Curtain Bangs For Emily In Paris Season 3
By Audrey Noble
12 Bellissima Beauty Moments From Milan Fashion Week S/S 2023
By Olivia Rose Ferreiro
Halsey Debuted A Copper Pixie Haircut, & It's Such A Fall Vibe
By Olivia Rose Ferreiro
Get Even More From Bustle — Sign Up For The Newsletter