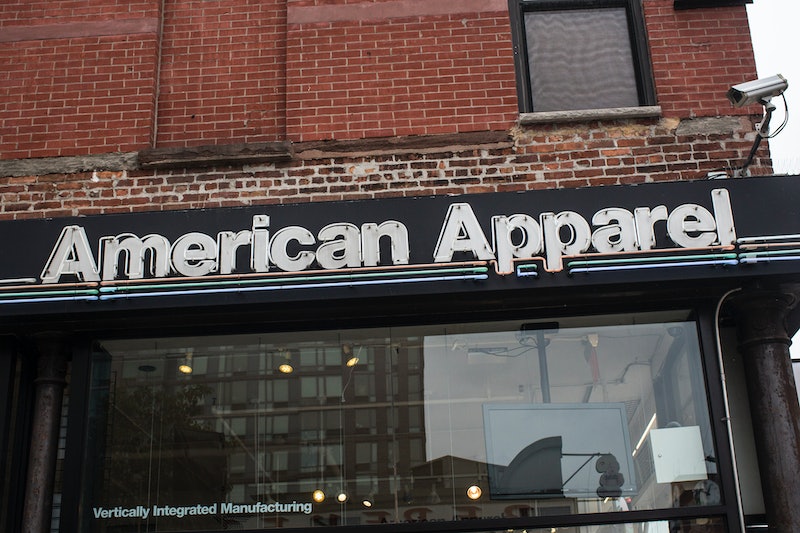 Here's a lesson in damage control. It appears as though American Apparel has apologized about their controversial casting call, but it seems like they're slightly contradicting themselves. What gives? And is this really their way of apologizing?

The Internet exploded in a collective outrage when American Apparel said they were casting "real models," not "Instagram hoes or thots." The comments, though apparently meant as a joke, were offensive, discriminatory, and just kind of tasteless to be honest. But it seems as though the clothing retailer has recognized the grave impact their uncouth comments have had, because on Tuesday night they tweeted far more inclusive message. The tweet read:

This is American Apparel, always has been and always will be. We love you, all shapes and sizes. #welovediversity

Okay, so that's all good and fine, but it seems as though they're sending two contradictory messages. How can a brand that loves all shapes and sizes and diversity get on board with a joke (if it really was such) that defames entire classes of individuals? Personally, it seems like this is an exercise in PR and damage control. Hopefully, for their sake, it can repair their reputation, but it would have been so much easier to just refrain from discriminatory jokes in the first place. Just saying.