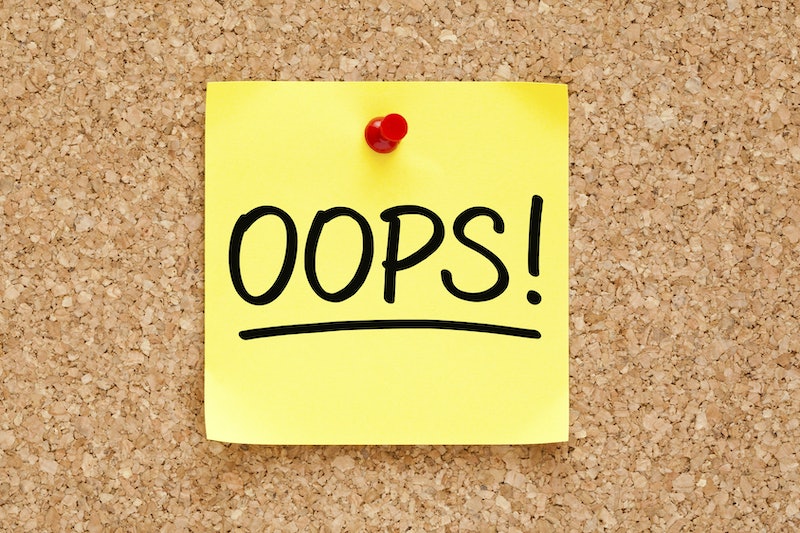 The Internet is full of both pregnancy announcements and Pinterest fails, but rarely do the two meet. There's a first time for everything, though, and that's exactly what happened when Nashville resident Kelsey Cocklin's surprised her husband with a pregnancy announcement. Spoiler: It failed. Hard. OK, so maybe it wasn't an actual failure; her announcement did get the point across, after all. In fact, her surprise was super cute, even to an established icy-hearted cynic like myself. It was Mr. Cocklin's reaction that left a little to be desired. According to BuzzFeed, Jordan Cocklin is a huge craft beer fan, so his wife chose to tell him about her pregnancy with beer bottles. (Side note: Definitely keeping this in mind next time I need to tell my beer-loving roommate anything important, because everything is better when it's accompanied by alcohol.) She labelled two beer bottles with the news, with one reading "daddy's beer," and the other just reading, "oops." Cocklin must not have been expecting the news, however, because when he noticed the beer in the refrigerator, he was clearly taken aback. Once it sank in, he had the most hilariously awkward non-reaction I've seen since the last time I tried to get my brother to laugh at a pun (meaning, last week). He literally just said, "...Oh. Are you for real?" That's it. That's all he had to say. It's amazing.Obviously, he's actually pretty excited about the news; as he told BuzzFeed, the silence was just "pure shock," not him quietly making plans to abandon his unborn child. "Any new dad is going to have a original feeling of shock," he said. "Mine just happened to be caught on camera." Luckily, his wife thought it was funny enough to put on YouTube, where the video currently has over 375,000 hits. Check it out below:

If that doesn't deserve to go in the family album, I don't know what does.